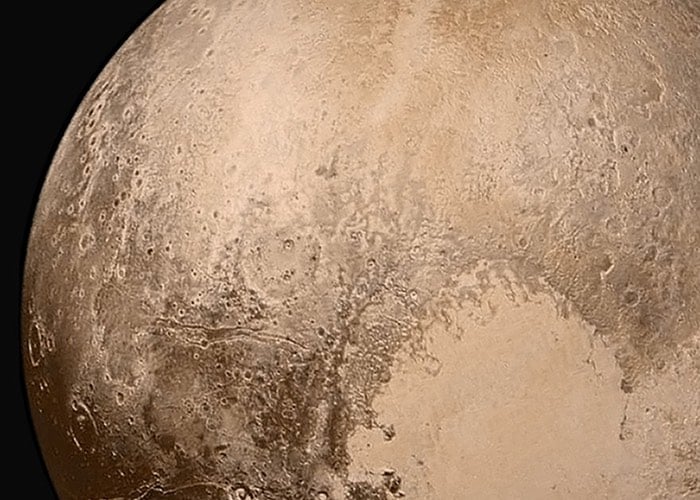 Thanks to NASA’s New Horizons spacecraft new detailed images of the minor-planet Pluto have been sent back and have now been available to view.

The New Horizons spacecraft was first launched in 2006 and flew past Pluto in July 2015 and is the first and so far only attempt to explore Pluto directly. Check out the new video released by NASA this week to see Pluto in more detail for the first time.

Pluto has a thin atmosphere consisting of nitrogen, methane, and carbon monoxide, which are in equilibrium with their ices on Pluto’s surface. The latest images (as of Sept. 11, 2015) downloaded from NASA’s New Horizons spacecraft were stitched together and rendered on a sphere to make this flyover video released by NASA.

This animation, made with the LORRI (Long Range Reconnaissance Imager) images, begins with a low-altitude look at the informally named Norgay Montes, flies northward over the boundary between informally named Sputnik Planum and Cthulhu Regio, turns, and drifts slowly east.

During the animation, the altitude of the observer rises until it is about 10 times higher to show about 80% of the hemisphere New Horizons flew closest to on July 14, 2015.

For more information on Pluto and the journey of the New Horizons spacecraft jump over to the official NASA website via the link below.