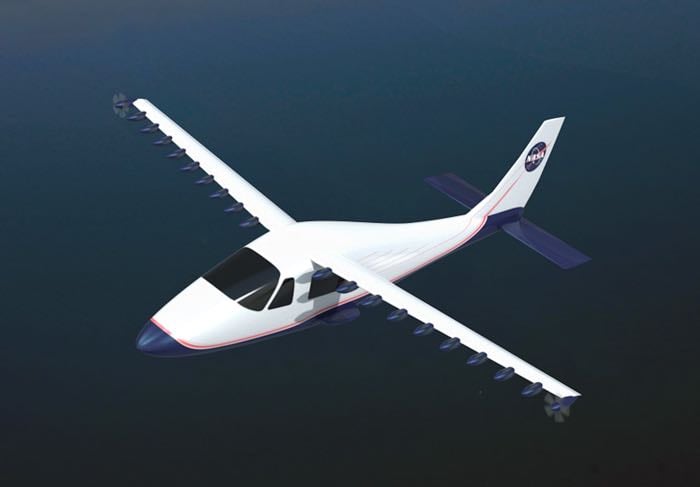 NASA has been working on a new electric plane concept with a number of private companies using their new LEAPTech experimental wing.

NASA has now announced that it has started testing out its new LEAPTech wing for an electric plane, and the design of this new wing is certainly different than currents airplanes.

The LEAPTech Wing has 18 electric motors and the wing is much shorter than current planes measuring just 31 feet long, it is made from carbon composite and is powered by lithium phosphate batteries. 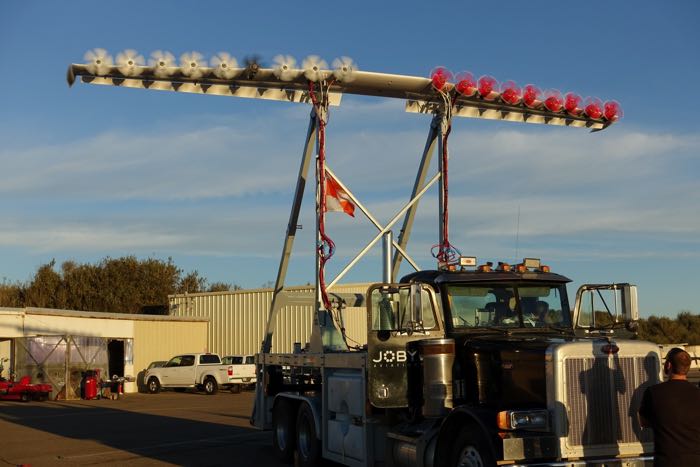 The experimental wing, called the Hybrid-Electric Integrated Systems Testbed (HEIST), is mounted on a specially modified truck. Testing on the mobile ground rig assembly will provide valuable data and risk reduction applicable to future flight research. Instead of being installed in a wind tunnel, the HEIST wing section will remain attached to load cells on a supporting truss while the vehicle is driven at speeds up to 70 miles per hour across a dry lakebed at Edwards Air Force Base. Preliminary testing, up to 40 mph, took place in January at Oceano County Airport on California’s Central Coast.

You can find out more details about this new electric plane concept over at NASA at the link below.