NASA has this week published a photo of Mars from the Curiosity Rover which comprises of more than a billion pixels and is made up of 850 frames from the telephoto camera of Curiosity’s Mast Camera instrument.

The image is so large that is can be zoomed in and out and really gives you a great feeling of actually standing on Mars when full screen on larger monitors and HDTVs. Allowing you to zoom in to view individual rocks on the surface of Mars. 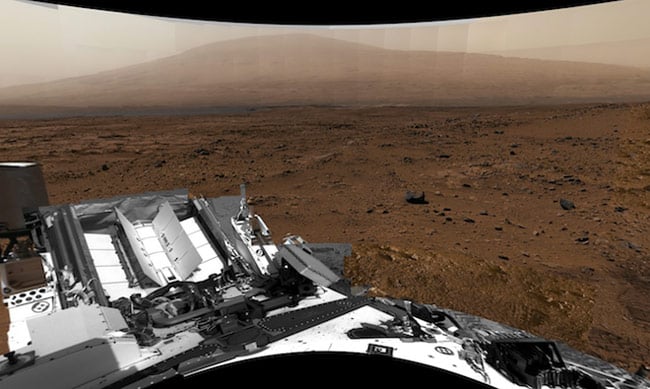 The 1.3-billion-pixel image has been supplemented with 21 frames from the Mastcam’s wider-angle camera and 25 black-and-white frames and all the photos were taken on different Mars days between Oct. 5 and Nov. 16, 2012.

“The first NASA-produced view from the surface of Mars larger than one billion pixels stitches together nearly 900 exposures taken by cameras onboard Curiosity and shows details of the landscape along the rover’s route.

The new mosaic from NASA shows illumination effects from variations in the time of day for pieces of the mosaic. It also shows variations in the clarity of the atmosphere due to variable dustiness during the month while the images were acquired.”

Check out the full interactive 360 degree image over on the NASA website. Enjoy!