So these microscopic organisms use arsenic (yes, arsenic) to succor their cells. Odd indeed, but their discovery has forced NASA to revise its assumptions regarding the building blocks of life. It also begs the question: Is carbon+hydrogen+nitrogen+oxygen+sulfur+phosphorous really the equation for creating basic organisms or is it radically different in other planets/environments? 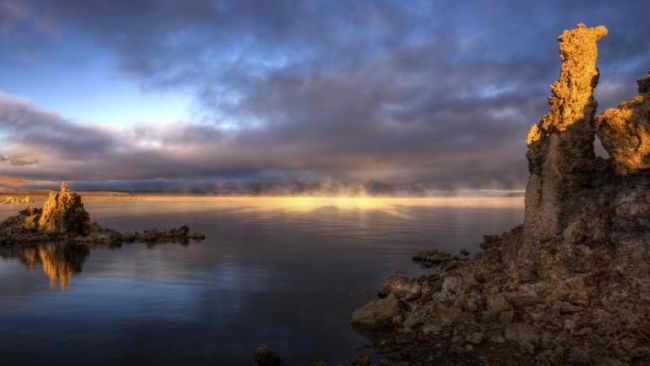 Christened GFAJ-1 by Felisa Wolfe-Simone, a NASA Research Fellow embedded with the U.S. Geological Survey, the bacteria samples were retrieved from the alkaline mud of the parched Lake Mono (pictured most awsomely above)  in NoCal. What surprised Wolfe-Simone is the test environment it was placed in, one that had generous amounts of arsenic like its home, still proved a viable habitat. In the absence of phosphorous, the GFAJ-1 bcteria uses arsenic instead, which is chemically similar to phosphorous.

The significance of this adaptation is life, even the most basic kind, can develop methods to survive any adverse environment. At least this is what the discovery of the unique GFAJ-1 suggests.

Here’s Pamela Conrad from NASA’s Jet propulsion Laboratory: “I find this result delightful, because it makes me have to expand my notion of what environmental constituents might enable habitability…We still don’t know everything there is to know about what might make a habitable environment on another planet.”