Imagine if every window was capable of becoming a solar panel and how much of the worlds energy could be provided by them.

Well Ensol a Norwegian solar power company have taken the concept and created a film that can do just that. The patented thin solar cell film technology has been designed to be sprayed onto windows and surfaces converting them in to energy sources. 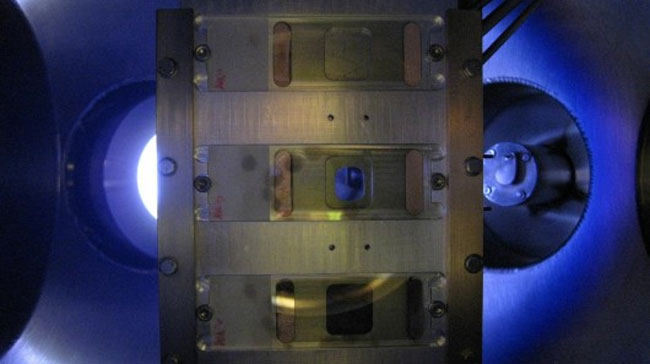 Unlike traditional silicon-based solar cells, the film is composed of metal nanoparticles embedded in a transparent composite matrix, and operates on a different principle. Ensol is now working with the University of Leicester’s Department of Physics and Astronomy to refine the product ready for market.

‘One of the key advantages is that it is a transparent thin film that can be coated onto window glass so that windows in buildings can also become power generators,’ said Chris Binns, Professor of Nanotechnology at Leicester.

(The image above shows the Ensol’s nanotech film being applied inside a deposition chamber.)