Myvu has revealed their latest set of video googles, the Myvu Crystal EV.

The Myvu Crystal EV is an upgraded version of the Crystal video goggles, and this new version brings a 30% larger viewing area, with the equivalent of a 64 inch screen. 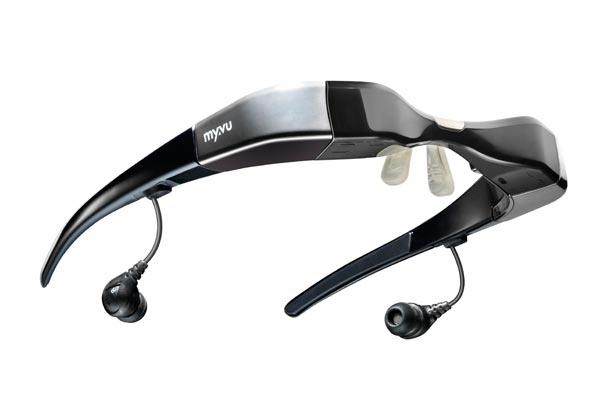 “Myvu is pleased to announce the release of Crystal EV and its initial availability through our retail partner, InMotion Entertainment,” said Kip Kokinakis, president and CEO of Myvu Corporation. “Crystal EV is significant improvement upon the world’s best selling PMV, the original Myvu Crystal. It is an example of Myvu’s continued innovation in producing the most affordable, lightest profile with the largest image size, entertainment and personal productivity video eyewear on the market.”

The Myvu Crystal EV is compatible with all of Apple’s iPods and iPhones, unfortunately there is no word on pricing or availability as yet.