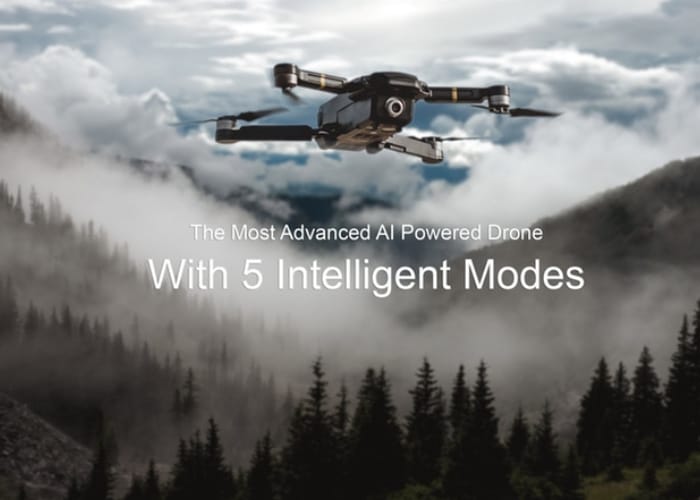 A new advanced AI camera drone has been created by a team of developers based in San Diego, California. The Mystic Drone features artificial intelligence to push the client technology into a new “era of UAV interaction” say it’s creators offering features such as autonomous flight, 3D tracking, intelligent object recognition, gesture control and more. Watch the demonstration video below to learn more about the five intelligent modes integrated into the Mystic Drone.

“The Mystic is designed to give the ultimate aerial video and photography experience, creating breathtaking imagery without the need to learn complicated film techniques. 3D tracking lets the drone follow you autonomously. The Mystic automatically detects objects and avoids obstacles using the cutting-edge motion intelligence similarly found in the self-driving car. “

The mystic drone is now available to back via Kickstarter with special early bird pledges available from $459 or roughly £348. If all goes well worldwide shipping is expected to take place during November 2018. Although this special introductory price is limited to the first 200 backers. For more information and full specifications as well as a list of all available pledges please jump over to the official Kickstarter campaign page by following the link below.

“With gesture interaction, you can take stunning aerial selfies, using poses to control the drone. The Mystic recognizes each pose as a specific command and will follow your instructions, moving forward and backward, side to side, and taking photos. The Mystic is the first drone to support up to 6 different gestures, all of which can be customized to your personal preference.”