A new application has been announced for Android users that will allow you to edit videos directly on your Android smartphone or tablet. The app is called muvee Action Studio and it is specifically designed to allow users to edit video from GoPro cameras on their device. The app has three editing modes including Fast, Automatic, and Pro. 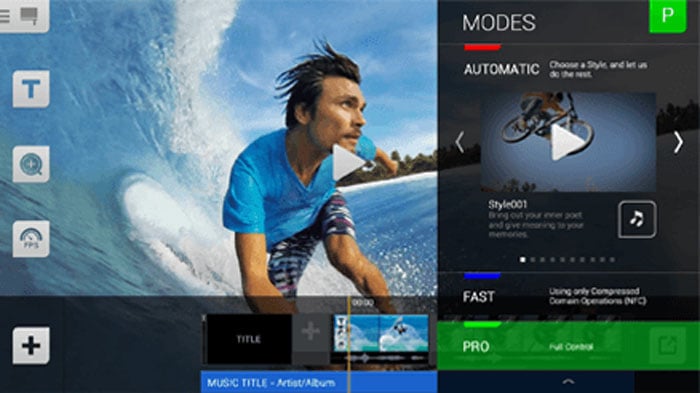 Fast mode edits video without decoding them allowing users to trim clips, joint them together, and add effects. The mode supports HD and 4K resolution movies. As long as your device can play the video, the app can edit it. Automatic mode uses a patented Artistic Intelligence engine.

The users elects the style for the video and the app will generate the video with OpenGL effects and 3D transitions. Any music track can be placed behind the app. The video is cut to the beat of the music. The Pro mode allows full manual editing with pro transitions, filters, and overlays for action footage. The app has lots of filters and effects. The user can also choose the balance between video audio and music tracks. Muvee Action Studio will launch in mid-March for $19.99.