We have been hearing about Google’s online music service for a while now, and Google has officially unveiled Music Beta by Google at this years Google I/O conference.

Music Beta by Google will let you upload up to 20,000 tracks, and you can then stream them to any computer via the web and also on Android tablets and smartphones. 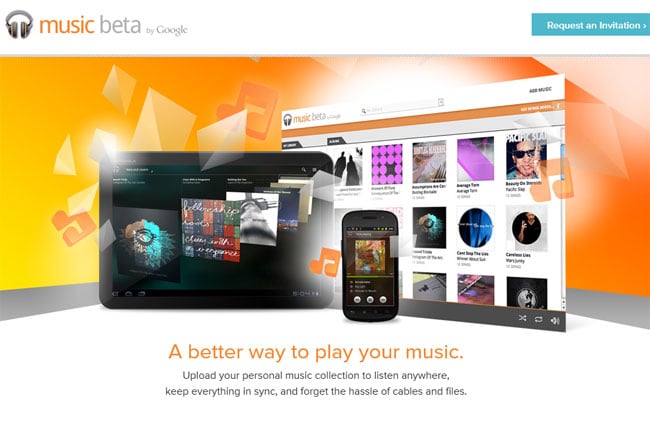 The service is only available in the US at the moment and it is currently by invite only, Google has also said that the service will be free for a limited time, so no doubt they intend to charge for the service in the future.

The service looks interesting, and you will be able to stream music directly to your Android smartphone or tablet, and also any computer via the web, you will also be able to create custom playlists and also edit track information.

One feature which looks good is the ability to play your recent tracks when you are offline, locally on your device, and you will also be able to wirelessly sync playlists from the web to Android devices.

It certainly looks very interesting, have a look at the video below which explains how Music Beta by Google works. Take a look and our article on Android vs iPhone to see which smartphone and mobile platform is best for you.

There are no details as yet on when Music Beta by Google will be available outside the US, as soon as we get some more information we will let you guys know, you can find out more details over at the Music Beta website.