Some of our readers will remember the MSI WindPad U100W Windows 7 Tablet that was announced a while back, MSI has just revealed that it will go on sale in Europe for 550 Euros.

The MSI WindPad U100W will be available in France from February 2011, and it will come with a 10 inch touchscreen display, plus a 1.66GHz Intel Atom Z530 processor. 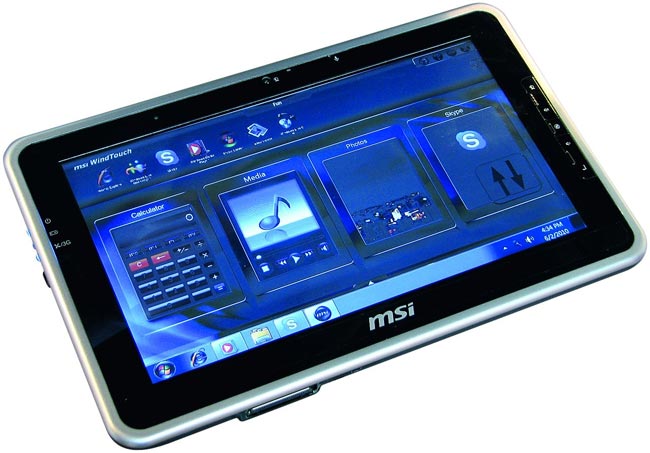 Other specifications on the MSI WindPad U100W include 2GB of RAM, a 32GB SSD, two USB ports, HDMI out, a web camera, it will come with Microsoft Windows 7 Home Premium and will feature MSI’s custom wind Touch UI.