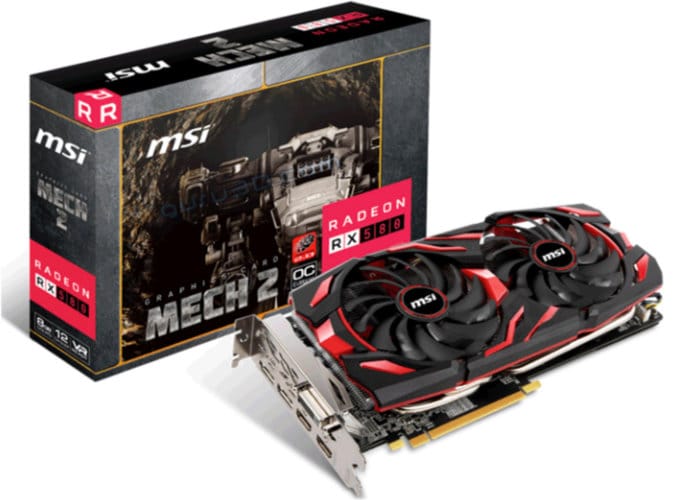 Computer hardware manufacturer MSI has this week unveiled a new range of graphics cards that will be available to purchase worldwide towards the end of July 2018 take the form of the MSI Radeon RX 580/570 MECH 2 series graphics cards. The MSI Radeon RX 580/570 MECH 2 graphics cards are fitted with a new thermal design which doesn’t only allow for higher core and memory speeds but also provides increased performance. “A completely custom PCB design featuring enhanced power design with Military Class 4 components enables higher stable performance to push your graphics card to the max.”

Scott Herkelman, vice president and general manager, AMD Radeon Technologies Group explains : “AMD Radeon has always been committed to the best interest of gamers: a dedication to open innovation such as our contributions to the DirectX and Vulkan APIs, a commitment to true transparency through industry standards like Radeon FreeSync technology, and a desire to expand the PC gaming ecosystem by enabling developers everywhere. It is these values that result in a thriving PC gaming community, and explain why so many gamers continue to rally behind the AMD Radeon brand,”

For more information and full specifications on the MSI Radeon RX 580/570 MECH 2 series graphics cards, jump over to the official MSI website ahead of the launch during July 2018.