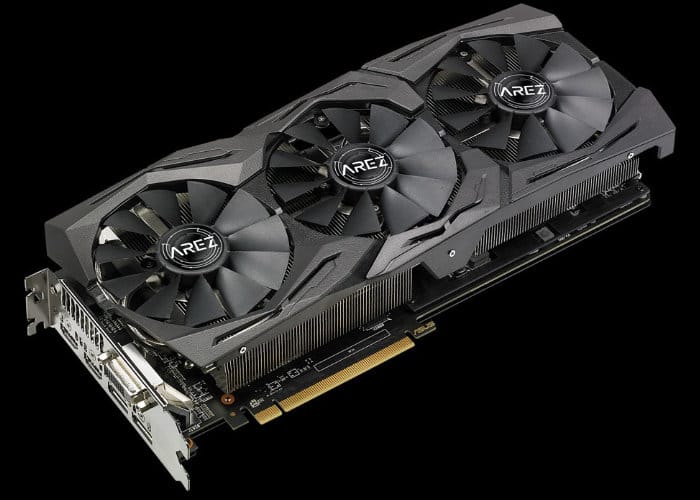 The AREZ graphics cards are produced using “Auto-Extreme technology, an industry-exclusive, 100 percent-automated production process that incorporates “premium materials” says ASUS. Unfortunately, no information on pricing or worldwide availability has been released as yet for the new AREZ graphics cards, but as soon as more information is released by ASUS in the coming weeks will keep you up to speed as always.

Within the ASUS AREZ branded graphics card range, gamers and PC enthusiasts will enjoy a combination of exclusive ASUS innovations and technologies. Scott Herkelman, Vice President and General Manager, AMD Radeon Technologies Group explains more: “Gamers around the world rally behind AMD Radeon because of what the Radeon name stands for: a dedication to open innovation such as our contributions to the DirectX and Vulkan APIs, a commitment to true transparency through industry standards like Radeon FreeSync technology, and a desire to expand the PC gaming ecosystem by enabling developers to take advantage of all graphics hardware, including AMD Radeon graphics. We invite gamers everywhere who believe in these values and the value of the exceptional gaming experience Radeon graphics delivers to join the Red team.”