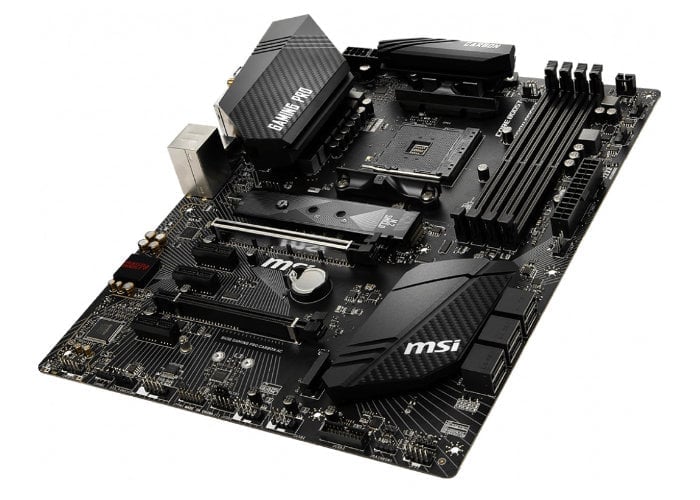 MSI has now launched its new AMD 400 series Motherboards with 256Mb BIOS Chips after installing many of its AMD 400-series chipset motherboards 128 Mbit 16MB SPI flash ROM chips instead of larger 256 Mbit 32MB ones. It is being reported by PurePC that MSI will brand the revised motherboards with “MAX” the product name.

The Tech Power Up website writes : “To be fair to MSI, the company may not have anticipated the AGESA microcode growing tremendously in size with its latest ComboAM4 1.0.0.3-series. We are now hearing from Polish tech publication PurePC that MSI has scrambled to remedy this by re-releasing many of its AMD 400-series chipset motherboards with larger 256 Mbit SPI flash ROM chips

“The 256 Mbit SPI flash ROM chip allows MSI to cram in AGESA 1.0.0.3a, which lets you use 3rd generation Ryzen processors to their full capabilities (barring PCIe gen 4.0 on these motherboards of course). More importantly, the larger ROM chip allows MSI to have AGESA 1.0.0.3a without sacrificing on its feature-rich Click BIOS 5 UEFI setup program, SATA RAID module, or losing support for any of the socket AM4 processors.”

For more details on the new motherboards jump over to the Tech Power Up or PurePC sites by following the link below.