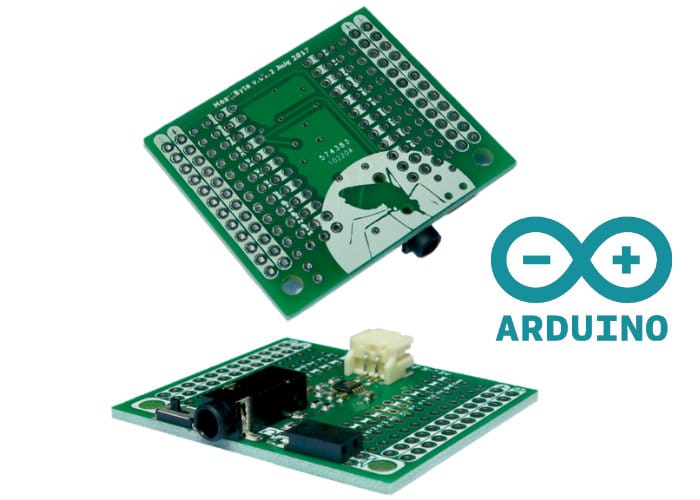 Development company Mr. Sensorium has this week launched a new Kickstarter campaign to raise the required funds it needs to take its Arduino mini sensor in the form of the MozziByte Mozzi Arduino Sonification Sound Synth board into production. The MozziByte add-on board has been created to easily install an extra 3.5mm audio amp, jack and speaker output to the Arduino Pro Mini development board. Making it easy for developers and hobbyists to make sounds using the Mozzi synth software. Check out the demonstration video below to learn more about this awesome tiny add-on board which is available to back via Kickstarter with pledges starting from £19 or AU$33. 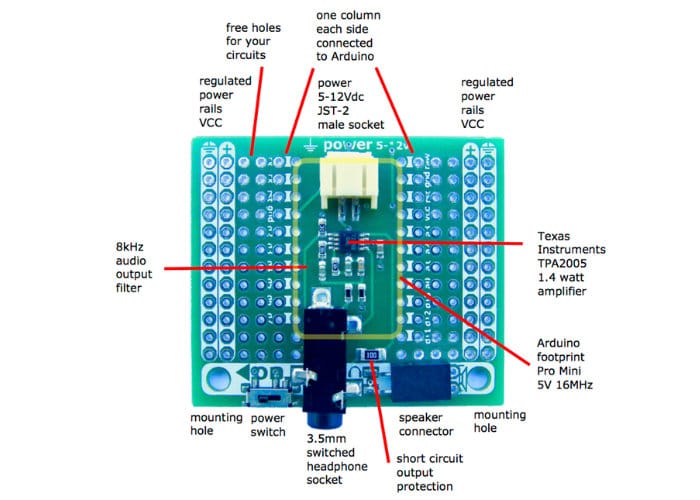 For full specifications on the new hardware which has been designed for the Mozzi Sound Synthesiser Software for Arduino which was originally launched and released via the Github website back in 2012. For a list of all available pledges and full specifications jump over to the official Kickstarter campaign page by following the link below.