Mozilla has announced that its going to block Skype’s Toolbar extension on all version of its Firefox browser, due to high volume of crashes and severe performance issues.

Mozilla claims the current shipping version of the Skype Toolbar is one of the top crashers of Mozilla Firefox 3.6.13, was involved in almost 40,000 crashes of Firefox last week alone and could potentially make DOM manipulation up to 300 times slower.

Skype has already responded to the announcement and has asked users to make sure they re using the latest version of the Skype software and is currently working with Mozilla to correct the problems. 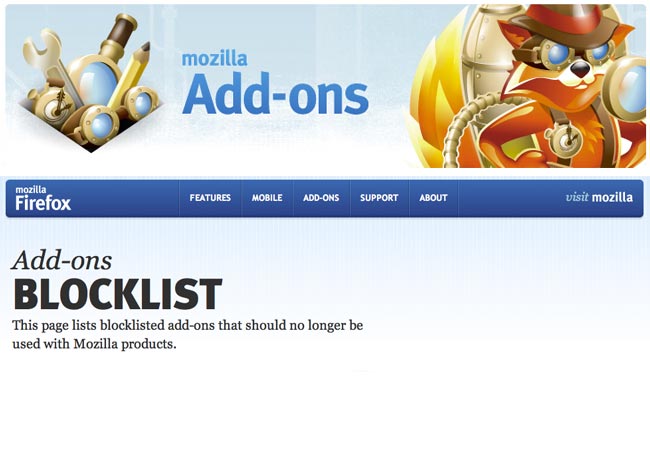 Based on our initial investigation, we know that downloading the new client will fix for most users any compatibility issues, and we are working with Mozilla to ensure that there are no other compatibility issues. We are sorry for any inconvenience this has caused our users.

Users can download the latest Skype client with the latest included Toolbars OR the latest toolbar installer itself is here.