As expected Mozilla has now rolled out its new browser Firefox 6 and alongside it, their new Thunderbird 6 email client. Firefox 6 is Mozilla’s second release under its new quarterly development cycle and new updates have been made to the “awesome bar” and Firefox address bar making it easy to identify which pages you are viewing.

But a majority of updates within the new Firefox 6 will useful for developers.With the addition of a new text editor called Scratchpad that lets developers enter, execute, test, and tweak JavaScript code, offering developers an alternative to the Firefox’s Web Console or the Firebug command line. 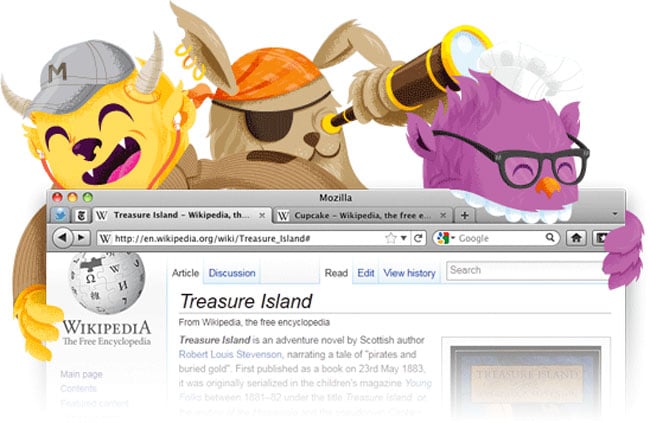 The new Thunderbird 6 release is now based on the Gecko 6 engine which is a free and open source layout engine used in many applications developed by Mozilla. Gecko 6 offers a very rich programming API infrastructure and can be used for a variety of roles within Internet applications.

New features within the Thunderbird 6 release include improved themeing, jumplist support in Windows 7 and greatly improved import features for users when they are trying to transferring data and e-mails from Microsoft’s Outlook application.

Together with numerous speed and stability improvements. The latest Firefox 6 browser release is now available to download from the from the Mozilla website.