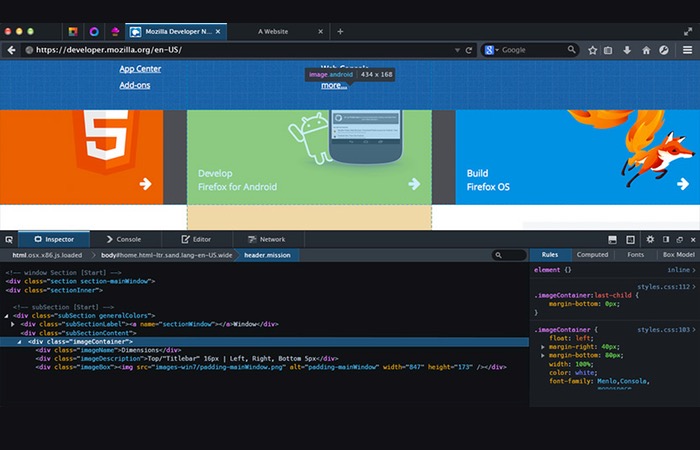 As announced earlier this year Mozilla has this month released a new Firefox Developer Edition of the browser which is packed with useful tools and utilities for developers and website designers.

The new Firefox Developer Edition browser is now available to download for free and has been specifically created with a developer’s workflow in mind. Allowing for testing building and scaling all from one easy to access location.

Features of the new Firefox Developer Edition browser include the ability for developers to inspect and test their application across any browser or device using Valence. As well as the ability to target screen sizes with the Responsive Design View and tweak its CSS on the fly with the built-in Style Editor. Mozilla explains :

“Firefox Developer Edition brings your core dev tools together with some powerful new ones that will extend your ability to work across multiple platforms from one place. It’s everything you’re used to, only better. And only from Firefox.

Firefox Developer Edition creates a focal point to streamline your development workflow. It’s a stable developer browser which is not only a powerful authoring tool but also robust enough for everyday browsing. It adds new features that simplify the process of building for the entire Web, whether targeting mobile or desktop across many different platforms.”

For more information on the new Firefox Developer Edition jump over to the Mozilla Developer website for details and plenty of tutorial videos and of course the free download link.