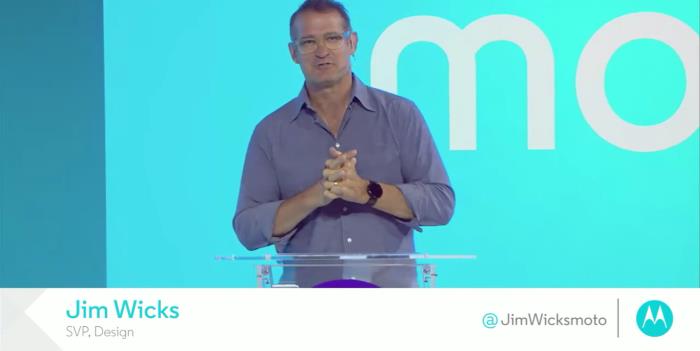 Wicks was with Motorola for a good 15 year (joined in 2001) and was responsible for the design of the company’s devices such as the Moto X line up, Moto 360 and more.

Wicks duties will be taken care of by Ruben Castano who has been with Motorola since 2005 and led Lenovo’s Mobile Business Group Design Studio. Wicks designed some amazing products for the company, including the good old Moto RAZR as well.

This is definitely a big news for Motorola as Jim Wicks has done some decent work for the company, and it appears he’s the last big name to leave Motorola after the company was taken over by Lenovo from Google. Before joining Motorola, he worked for Sony and Sapient as a designer.

Rick Osterloh later joined Google again to head some projects for the search engine giant, and left after Lenovo started a little restructuring of the company.