Motorola have yet to release any official pricing on their new Android 3.0 Honeycomb tablet, it has now appeared up for pre-order on one online retailer for a rather price £719.99 including taxes, which works out at about $1,120.15.

We are hoping this is just an enthusiastic retailer putting the tablet up for pre-order with a yet to be confirmed price, rather than the official price of the Motorola Xoom as it would end up being one of the most expensive tablets on the market. 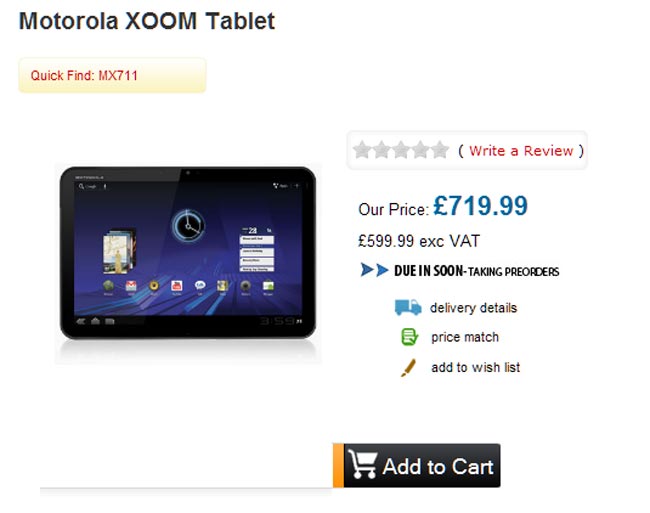 The Motorola Xoom tablet with Android 3.0 Honeycomb could end up being serious competition for the Apple iPad, but if it ends up costing this much, which is about $400 more than the iPad then we suspect it may be too expensive for many buyers.

Lets hope Motorola releases the official pricing soon, and it doesnt cost as much as this one listed on online retailer Handtec.