Motorola has added a new Google Android smartphone to its range with the launch of the Motorola Quench, or CLIQ XT as it will be known in the US, and it looks like this is the new Motorola handset that we showed you the other week.

The Motorola Quench / CLIQ XT will come with Google Android 1.5 and will feature Motorola’s MotoBlur UI. It features a 3.1 inch HVGA touchscreen with pinch and zoom functions, plus a front navigation touch-pad. 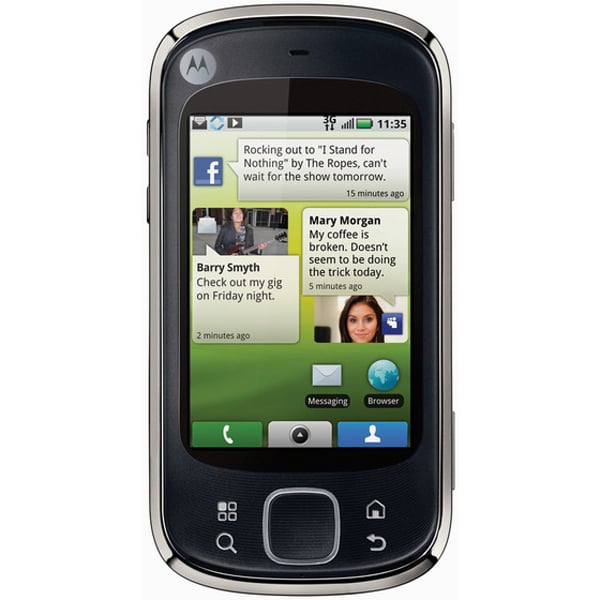 Other specifications include a virtual QWERTY keyboard, Bluetooth 2.0, HSDPA, A-GPS, a compass and built in WiFI. There is also a five megapixel camera with a built in LED flash and autofocus.