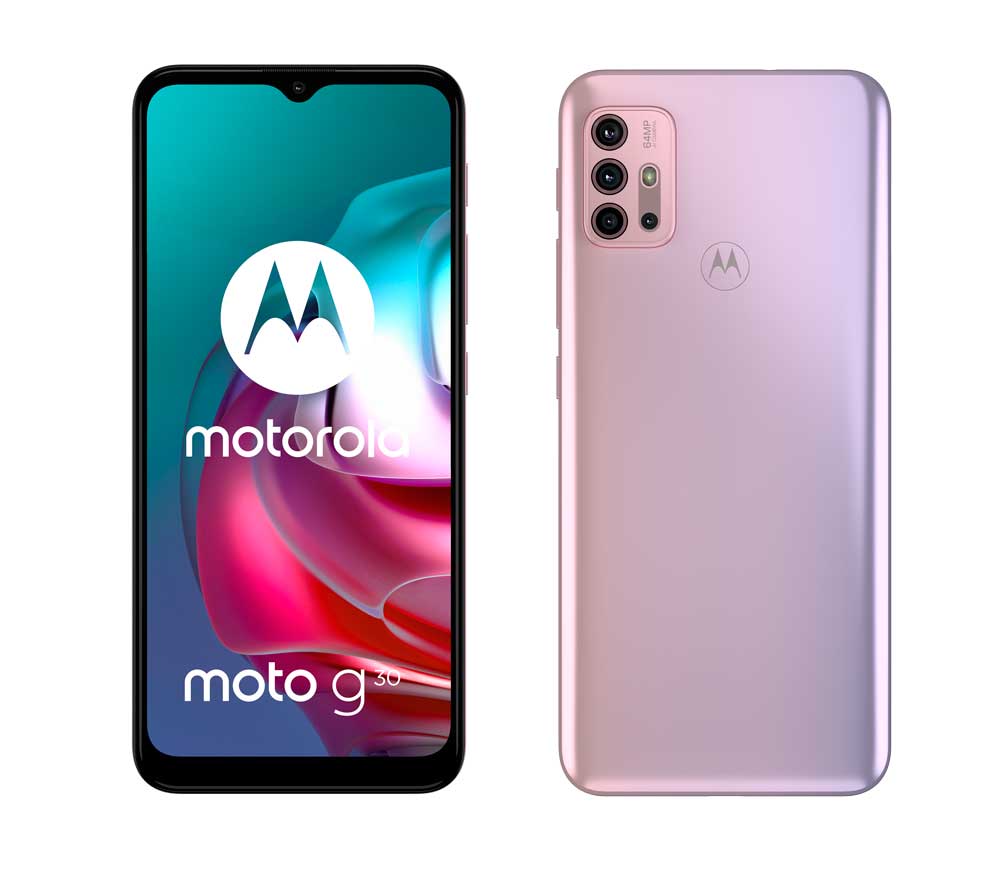 Motorola has launched a new Android smartphone, the Motorola Moto G30 and the handset is launching in Europe.

The device comes with a Qualcomm Snapdragon 662 processor and it has a choice of 4GB or 6GB of RAM, there is also 128GB of storage and a microSD card slot.

The new Moto G30 features a 5000 mAh battery and 20W fast charging and it comes with a range of cameras which include a 64 megapixel main camera, an 8 megapixel ultra wide camera, and a 2 megapixel depth and 2 megapixel macro camera.

On the front of the handset there is a 13 megapixel camera for Selfies, the handsey will be available in Europe later this month.