Motorola are holding a press event this week, the company will announce the Motorola Moto G. The handset will be the first of Motorola’s new smartphones that will launch globally.

Amazon UK have now listed the Motorola Moto G on their website, this confirms that the device will be available in the UK, Amazon has a launch date of the 14th of November, the Motorola press event is being held this Wednesday the 13th of November. 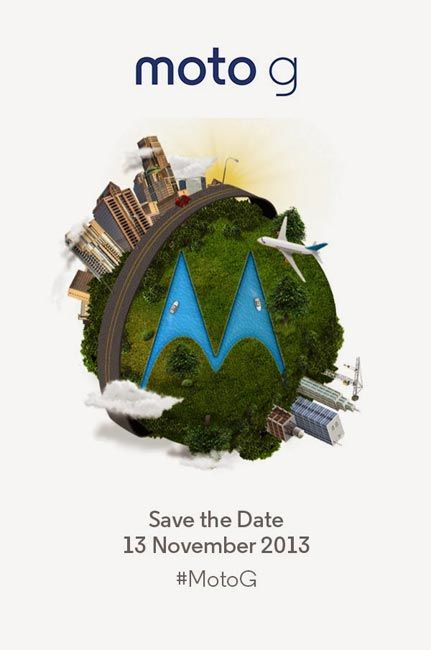 The listing on Amazon, which you can see below also confirms that the Motorola Moto G will feature a 4.5 inch HD display, the display with have a resolution of 1280 x 720 pixels and 329 pixels per inch.

Powering the Motor G will be a quad core 1.2GHz Qualcomm Snapdragon processor, as yet we do not have any confirmation on RAM, although we suspect between 1GB and 2GB of RAM. 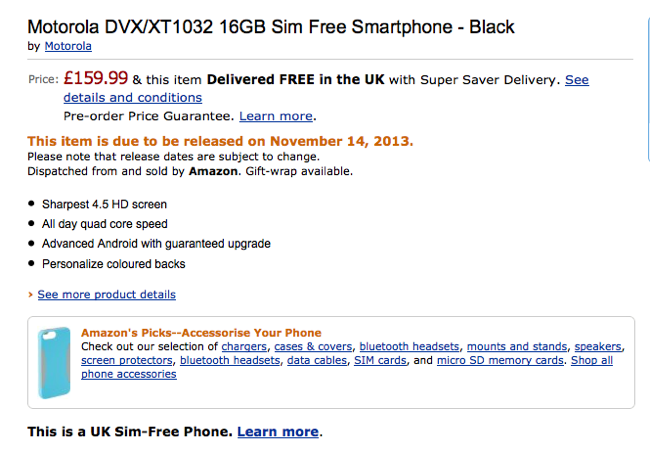 Other specifications that we know for the Motorola Moto G will include WiFi, Bluetooth 4.0, HSPA+ and a 1.950 mAh battery, the handset is expected to be available in a range of colors.

We should have more details on the new Motorola Moto G later this week, including confirmation of the full specifications and some more photos. Amazon has the device listed for £159.99, so we suspect the US retail price of the handset will be around $200 without a contract.