The other day Motorola announced that they would be holding a Motorola Moto G press event next Wednesday the 13th of November, the event will be live streamed.

You can now sign up to the Motorola Moto G event, which will take place is Sao Paulo, the event will start at 9AM EST on the 13th of November, and you can find out more details on Google+. 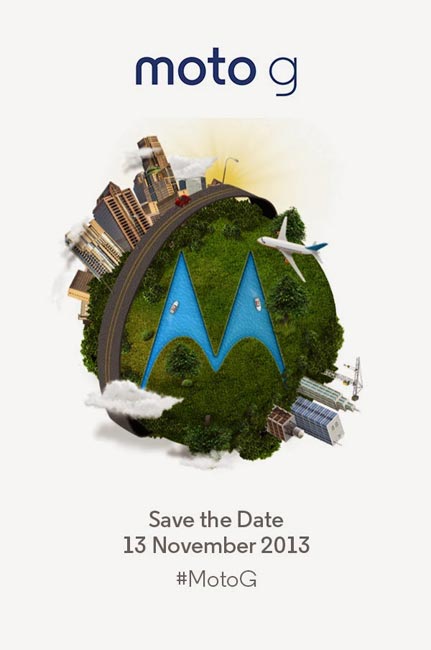 What we heard previously is that the Moto G will feature a 4.5 inch display with a HD resolution of 1280 x 720 pixels, with 329ppi, the handset will also come with Android 4.3 Jelly Bean.

Under the hood of the Motorola Moto G will be a quad core 1.2GHz Snapdragon processor, there are no details on exactly how much RAM the handset will come with, although we would expect at least 1GB.

The Moto G will also come with Bluetooth 4.0, WiFi, a 1,950 mAh battery and HSPA+, this is expected to be the first of Motorola’s new smartphones that will be available globally.

We are expecting Motorola to launch the new Moto G globally at the same time, and the device is expected to be available in the US, UK and other countries some time this month.