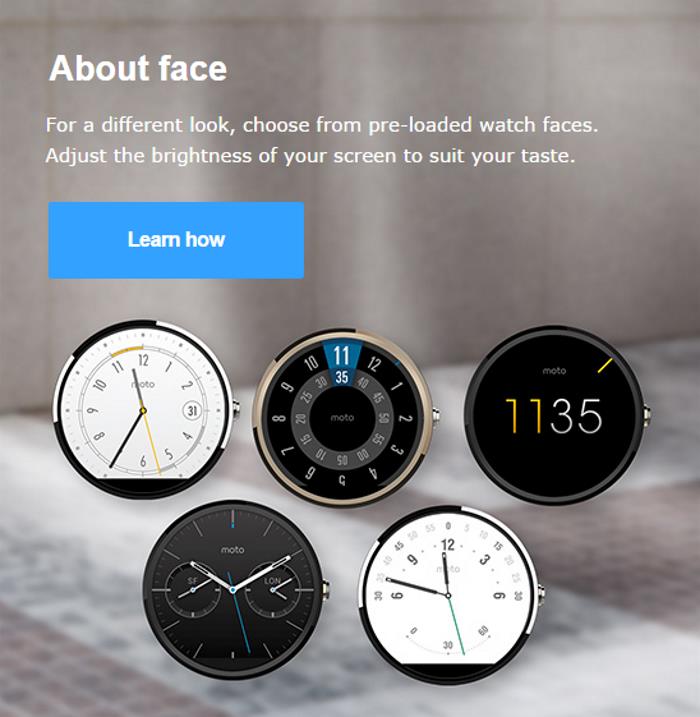 Motorola’s Moto 360 went on sale once again after it ran out of stock. The smartwatch is currently available in two colour options: black and white.

However, it seems the company may add new colour options in the near future, including a gold colour option for the smartwatch, but there’s no confirmation from Motorola as of now.

Recently, the company sent out promotional material which showed new watch faces on a number of smartwtches. Take a closer look at the image above, and you notice there are two watches in black, two in white, and one in gold (the middle one in the first line). What’s even more surprising is that when the company was contacted to ask about the gold option, they said to AndroidPolice, “Although we can’t comment on gold specifically, we’re always exploring new materials and we intend to provide Moto 360 in a selection of styles in the future.” 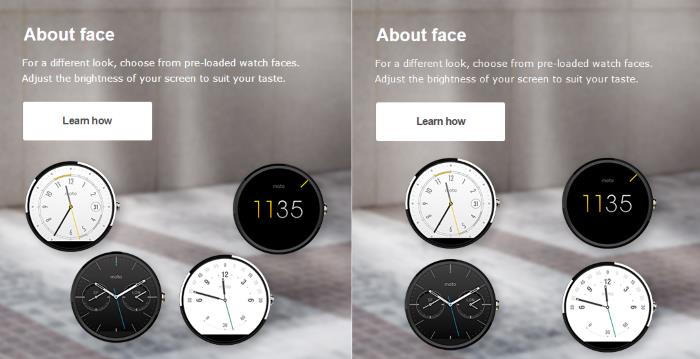 Later, the image was pulled and the gold watch was removed without changing the layout of the page. Later they again uploaded a new image, with a different layout to make it look even.

Nothing is official until it comes from Motorola itself so take it with a grain of salt. It could be real, but let’s just wait for it to get official.