Motorola is getting its fair share of attention from past few weeks. There are news about Droid Ultra, Mini, Moto X and what not. Few days back, @evleaks suggested that Razor Ultra and Razor M Ultra may launch on Verizon.

Earlier today, the infamous leaker tweeted that one of the new smartphone in Motorla’s upcoming lineup, Motorola Droid Maxx, will be headed to Verizon. 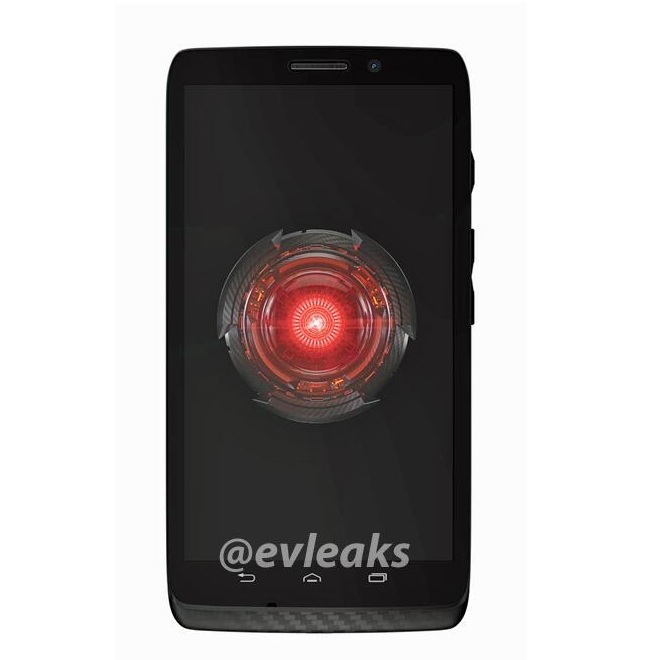 The picture that surfaced doesn’t reveal much about this mysterious smartphone, considering the number of Droid models that have been leaked in the past few days. The image reveals the power button along with the volume keys and a front facing camera but we are not sure if the home and back buttons are part of the screen or not.

In case of the specifications, there is no confirmed news about the hardware as well. By looking at the picture, one thing which can be speculated is that the device may sport a widescreen 16:9 display. Other than that, it is expected that we will see a couple of smartphones by Motorola this year considering the fact that it has been acquired by Google.

There is also no news about the availability and pricing of the new Motorola lineup, but we can speculate that they could hit the shelves by the end of this year, or at least few of them. We will keep you updated as soon as we hear something about them. In the meantime, what do you think about the new Motorola lineup and the fact that it is trying to re-enter the market that is already dominated by Samsung and Apple. Feel free to share your thoughts in the comments below.