It looks like Motorola has some sort of other Android based tablet in the works, called the Motorola Corvair it is reported to be a TV controlled based tablet designed to be used with cable TV boxes.

There really aren’t many details on how the Corvair is supposed to work, although we do have some of the specifications which include a six inch touchscreen display, Android 2.3 Gingerbread, WiFi and a 4,000 mAh battery. 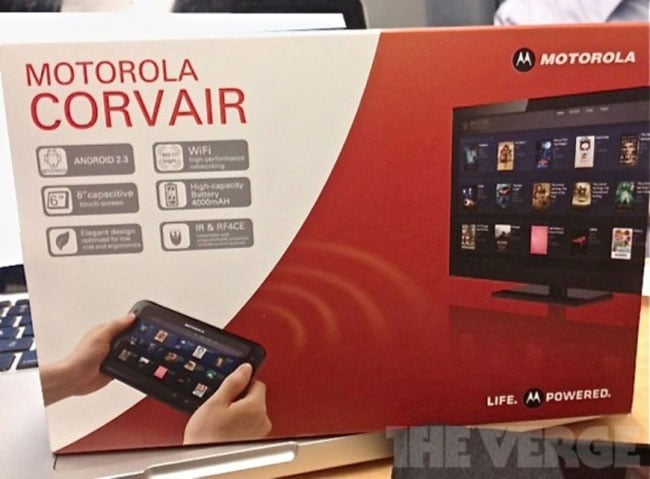 As soon as we get some more information on the Motorola Corvair, including full specifications and exactly how it will work with your cable TV box we will let you guys know.