Motorola has updated its Camera application which brings several improvements and bug fixes. Users with a Moto X or Moto G should head over to the Google Play Store and update the Camera app to enjoy the latest round of features and improvements. 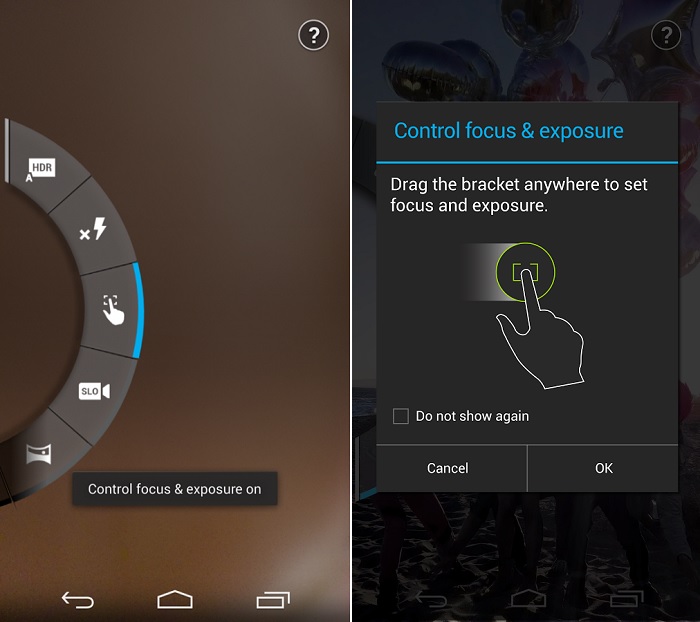 Along with the usual bug fixes, the latest Motorola Camera app allows uses to manually control the focus and exposure from the device. Unfortunately, the feature is only available devices running Android 4.4 KitKat, meaning that only Moto X users can make use of this feature. To use this feature, simply launch the updated camera application and swipe from left to right to bring up the settings. From the settings, just tap on the finger pointing into a square icon (that used to be the tap-to-shoot-and-focus button) and adjust the settings.

Additionally, the update locks exposure during panorama capture and brings additional language support to the application.

Motorola is definitely working hard to make sure that its devices prevail in the competitive smartphone market by releasing updates in a timely manner. Moto X received the Android 4.4 KitKat update and became the first devices (after Nexus line up) to get the latest Android update while other OEMs have pegged for January release date for the update.

Anyway, you can download the latest version of Motorola Camera app from Google Play Store.