The MotoCzysz E1pc is the worlds fastest electric motorcycle, and it is capable of speed up to 140 mph which ins pretty impressive considering it its solely powered by batteries.

The MotoCzysz E1pc has more batteries than a Toyota Prius, around ten times more, as you can see in the photo below the majority of the body of the bike is made up of batteries. 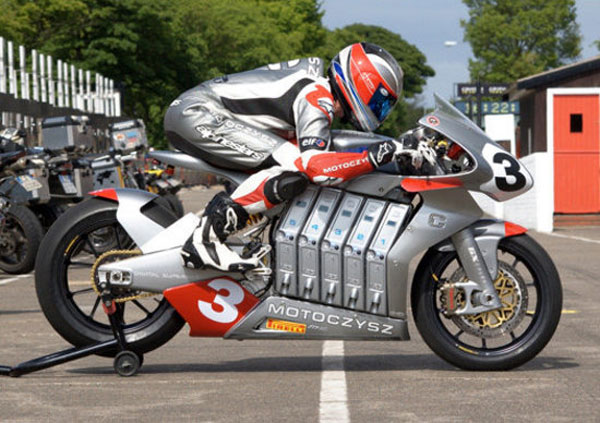 The MotoCzysz E1pc is being tested out in the Isle of Man TT 2010, you can see some of its test runs in the video below.

It certainly looks impressive in the video, you can find out full details about the MotoCzysz E1pc over at PopSci.