Yesterday Motorola announced their new Moto G smartphone, the handset is now up for pre-order in the UK for £159.98, this is the off contract price for the handset.

According to the email we received, the Motorola Moto G will go on sale in the UK next week on the 20th of November, the device comes with some impressive specifications for the price. 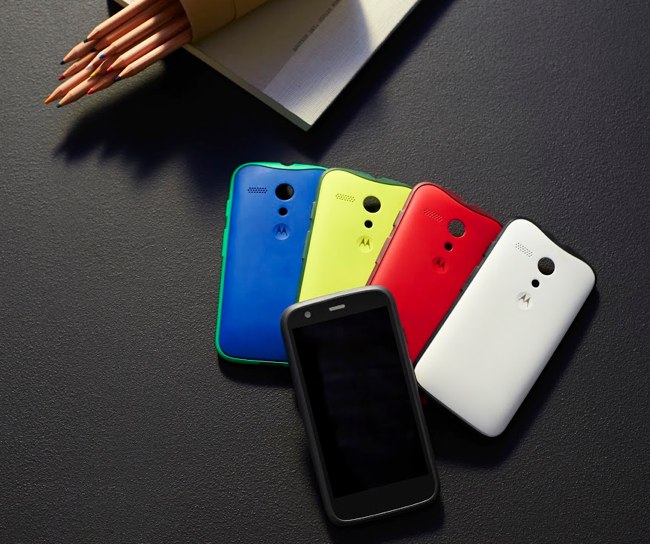 The Moto G comes with Android 4.3 Jelly Bean, Motorola has promised that the device will get Android 4.4 Kit Kat early next year, it features a quad core 1.2GHz Snapdragon 400 processor and 1GB of RAM.

The Motorola Moto G has a 4.5 inch high definition display that has a resolution of 1280 x 720 pixels, the display has 326 pixels per inch. 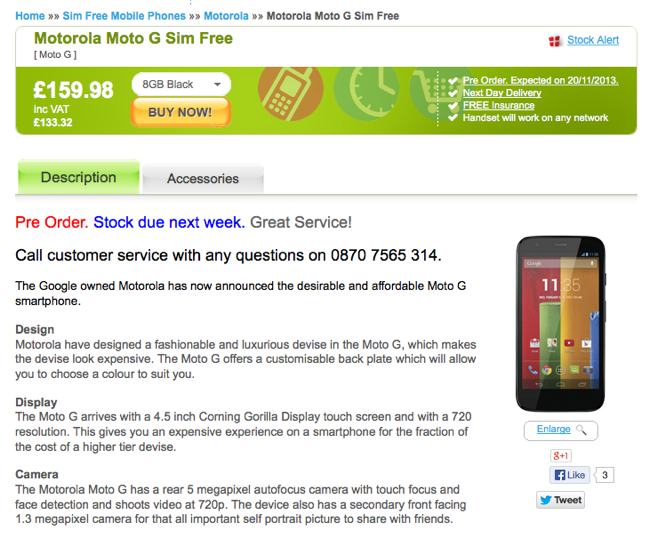 For storage you get a choice of either 8GB or 16GB of built in storage, the device also comes with Bluetooth 4.0 with A2DP, WiFi and 3G, it features a 1,950 mAh battery.

This is the first of the new Motorola smartphones that are launching outside of the US, the handset will be available in the US and other countries in January.

You can find out more details about the SIM free Motorola Moto G at the link below, the handset is now available to pre-order and will start shipping next week.