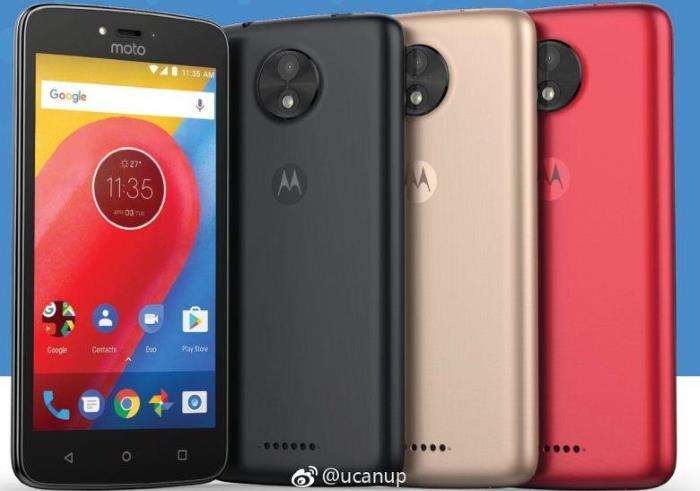 Over the past few days, we’ve heard that Motorola is working on a budget-friendly smartphone. Recently, an image of an alleged Moto device leaked on to the internet.

It’s quite hard to tell if its the Moto E4 or the Moto C, but one thing is for sure: it’s an extremely affordable device with price tag ranging from $50 to $80.

Specifications wise, it’s not something to get excited about as it comes with really low-end specifications which could be the reason for its lower price tag. There’s a 5-inch (480 x 854px), quad-core processor (on a MediaTek chipset), 1GB of RAM, a 5MP main camera for photos and videos as well as a 2MP front-facing camera. One good thing about the handset is that it comes with Android 7.0 Nougat as its operating system out of the box.

A few days back, we saw the Moto E4 and the E4 Plus pass through the FCC so there’s a slight doubt if its really the Moto E4. Nonetheless, if its real, we’re going to hear more about it in the coming days. We’ll update you as soon as we get to know more about it.