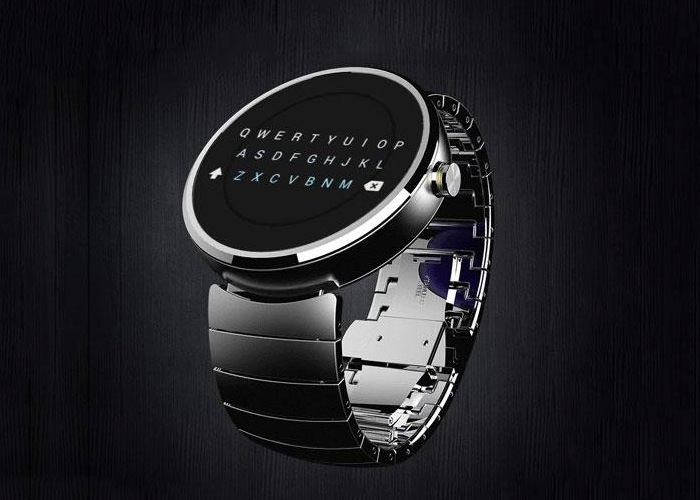 Minuum the maker of digital keyboards for smartphones, Google Glass and other electronic devices, has today announced they are currently developing a new Minuum keyboard for the Moto 360 smartwatch as well as other devices fitted with a circular face.

As you can see in the animation below the Minuum Moto 360 keyboard bends itself to the curves of the watch face and enables easy input of messages and characters.

The Moto 360 smartwatch is expected to be and officially unveiled and launched during this weeks Google I/O developer conference that starts later today in the US.

Unfortunately at the current time very little is known about the hardware that will be included within the Moto 360 smartwatch. But what we do know is that the smartphone is expected to be compatible with not just Motorola smartphones and tablets, but also smartphones and tablets created by other Android manufacturers. Minuum explains a little more :

“As smart watches have evolved, one of the most appealing designs that we’ve seen is the round-faced Moto 360. As you may have come to realize from watching our sweet demo videos, Minuum is all about typing anywhere. And what better place for a one-line keyboard than along the edge of a circular watch face?

This is perhaps our most perfect example of how the original QWERTY keyboard needs to evolve to fit into the future of wearable devices – check it out:”

For more information on the new Minuum Moto 360 digital keyboard jump over to the Minuum website for details.