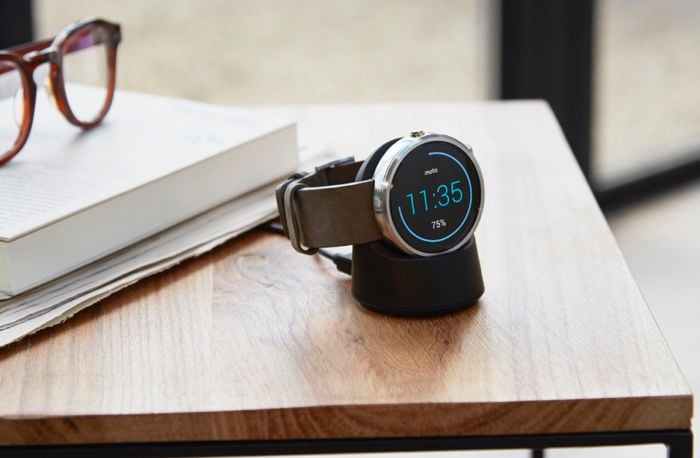 Motorola has announced that they are rolling out the latest Android Wear update to their Moto 360 smartwatch and the update brings WiFi support to Motorola’s smartwatch.

The video below shows the new WiFi feature on the Motorola 360, this means that you can use the device when you are connected to WiFi but out of range of your smartphone.

The update also brings some other new features to the smartwatch which includes the ability to scroll with gestures and Instant Emoji’s.

With Google beginning to roll out new Android Wear software for your Moto 360 starting today, you’ll soon be able to access apps and contacts quicker, receive heads-up notifications when you’re using another app, and worry less about your battery for continuously running apps. We’re also adding some new Moto Body features that will make it even easier to make Moto 360 a part of your daily life.

You can find out more details on what is included in the latest Android Wear update for the Moto 360 over at Motorola at the link below, the update is being rolled out to the device as of now.