Moto have decided to redo the tests using an industrial robot with controlled constant pressure and speed. Place your bets now and check out the video after the jump for the winner. 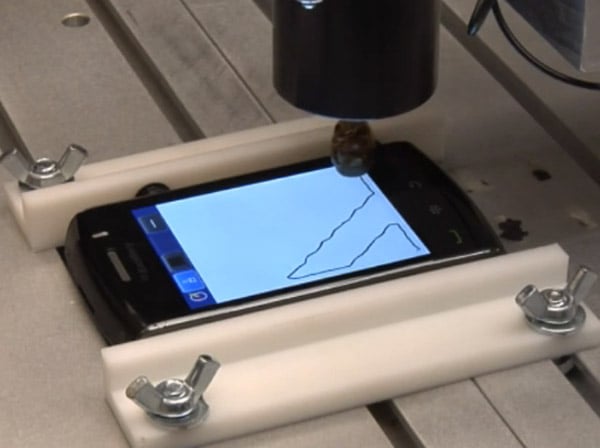 To this line of tests Moto have also added Palm Pre and the Blackberry Storm 2. 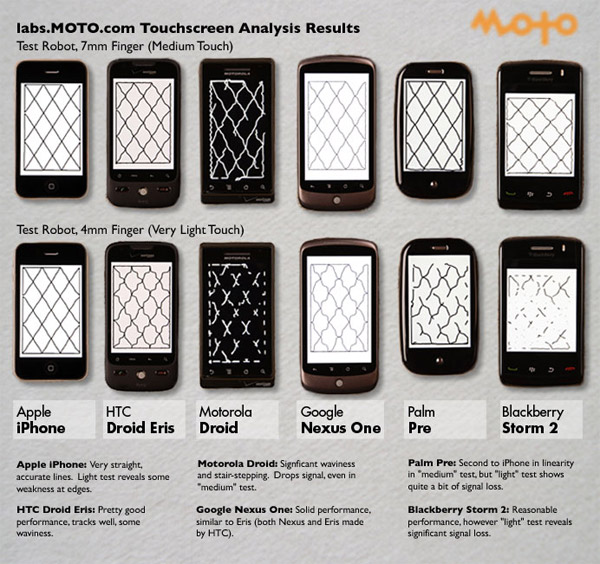 But surprise surprise the iPhone is still number one with Google’s Nexus One in second place but still a long way behind.

Via Gizmodo Via Moto