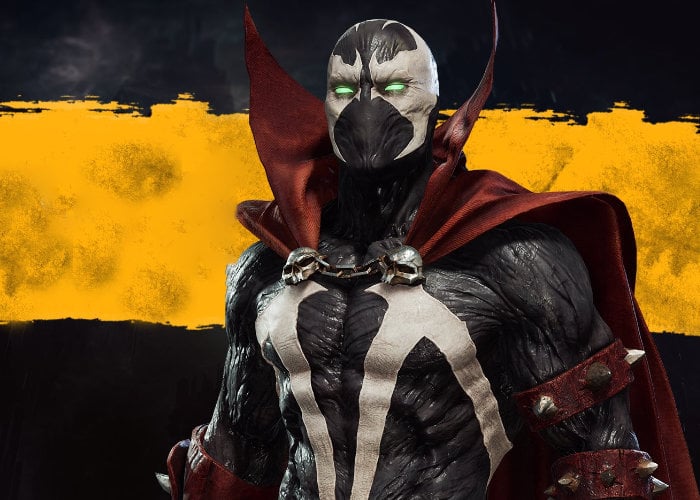 Mortal Kombat fans awaiting the arrival of the latest DLC for Mortal Kombat 11 bringing with it Spawn on March 17th, 2020, are sure to enjoy this short gameplay trailer released by its developers providing a glimpse at what you can expect from his Outworld debut. Mortal Kombat 11‘s Kombat Pack is available for $39.99, but if you’ve only got your eye on just a few of the fighters, you can pick them up individually for $5.99 each. Spawn will release in early access on March 17th, with his full release following a week later on March 24th.

Features of the Mortal Kombat 11 :

– The all new Custom Character Variations give you unprecedented control to customize the fighters and make them your own
– The new graphics engine showcasing every skull shattering, eye popping moment, brings you so close to the fight you can feel it
– And featuring a roster of new and returning Klassic Fighters, Mortal Kombat’s best in class cinematic story mode continues the epic saga over 25 years in the making
– Continue the epic saga through a new cinematic story that is more than 25 years in the making. Players will take on the role of a variety of past and present characters in a time-bending new narrative that pits Raiden against Kronika, the Keeper of Time who created existence at the dawn of history.
– Offers nearly infinite customization options, giving players more control and providing a deeper and more personalised experience than ever before. Players can customize their fighters with a variety of Skins, Gear, Special Abilities, Intro and Victory Cinemas, Taunts and Brutalities that can be earned via gameplay.
– Choose from a roster of fighters with unique abilities and Fatalities, with new characters, such as Geras, a powerful and loyal servant of Kronika who can manipulate time, along with fan-favorite characters, including, Baraka, Raiden, Skarlet, Scorpion, Sonya Blade and Sub-Zero and more.