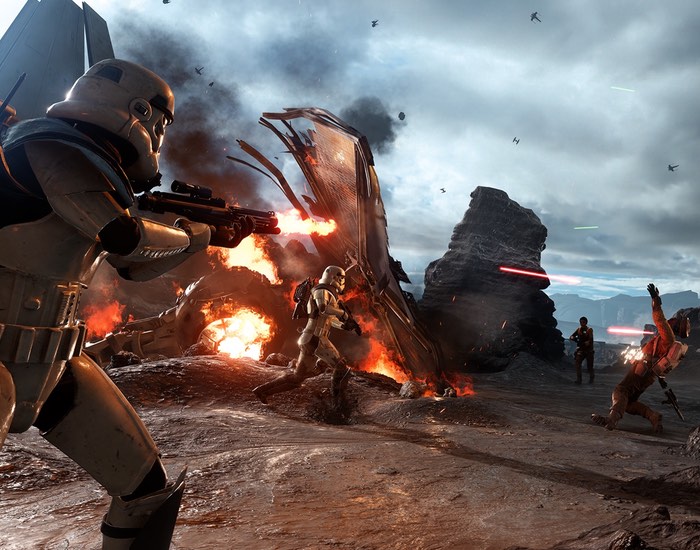 Yesterday the highly anticipated Star Wars Battlefront beta play testing started and due to the huge interest has today announced they will be turning on more PC servers to cope with the influx of gamers looking to try out the new Stars Wars Battlefront game.

Stars Wars Battlefront will be launching on PC, PlayStation 4 and Xbox One later this year on November 20th 2015, check out the teaser trailer below to see what you can expect.
EA explained about the new PC servers in a quick Tweet :

A lot of interest around the beta. Were bringing more PC servers online and appreciate your patience #StarWarsBattlefront — EAStarWars (@EAStarWars) October 8, 2015

– Walker Assault on Hoth: Fight in epic 40-player battles as a Rebel to destroy the Empire’s onslaught of AT-AT’s by calling in Y-wing bombers. Or, side with the Empire and protect your walkers while utilizing their mighty weaponry to crush the Rebel objective.

– Drop Zone on Sullust: Escape pods are crashing down and you and your team must fight to control them. With its frantic 8v8 matches, Drop Zone is sure to put your combat and strategy skills to the test.

– Survival Mission on Tatooine: Play alone or with a friend via co-op or split-screen as you battle to hold off waves of Imperial forces including AT-ST’s, TIE fighters, elite stormtroopers, and more.