Now, for those of you who were a little confused about the UI, the notorious @evleaks posted yet another screenshot of the upcoming TouchWiz UI. 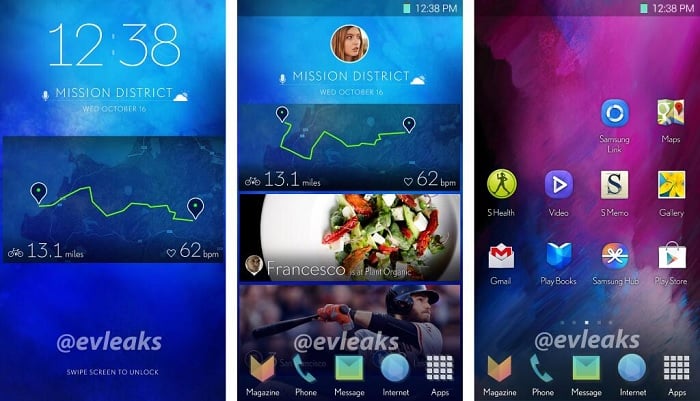 The image below shows the UI which looks more like the cards similar to the ones found in Google Now. It shows users all the details from monitoring health-related activities to sports to flight and weather information and a lot more.

There’s no confirmation if the cards shown above are from Google Now, but it seems different as it also shows some check-ins and media sharing along with the other cards.

Also keep this thing in mind that the UI might be in a “mockup” phase and the real build might turn out to be totally different, if this is the real deal. Additionally, the leaked image doesn’t give us any extra detail about its interface, but its still and interesting find from the notorious leaker.

Well, lets just take this with a grain of salt, as its only official when it comes from the Korean OEM itself. This could be a real deal, but we’re not going to put all are eggs in one basket as the final interface might turn out to be totally different. We’ll update you if we get more information.