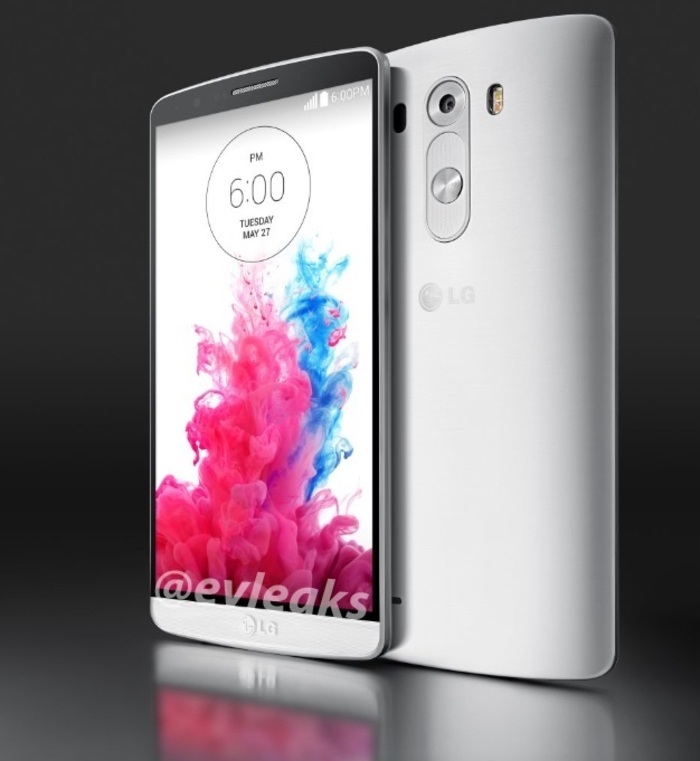 Yet another day, yet another leak about the purported LG G3. Yesterday, we saw some press renders of the alleged device in three different colors.

Today is not different, @evleaks has posted the press renders of the purported LG G3 in all three colors, which looks exactly the same as the ones we saw yesterday. In addition, the well informed Twitter leaker also revealed some information about the mysterious sensor next to the camera.

The device is expected to see the light of the day on May 27th. Make sure you mark your calendar as we’re expecting an action-packed event.