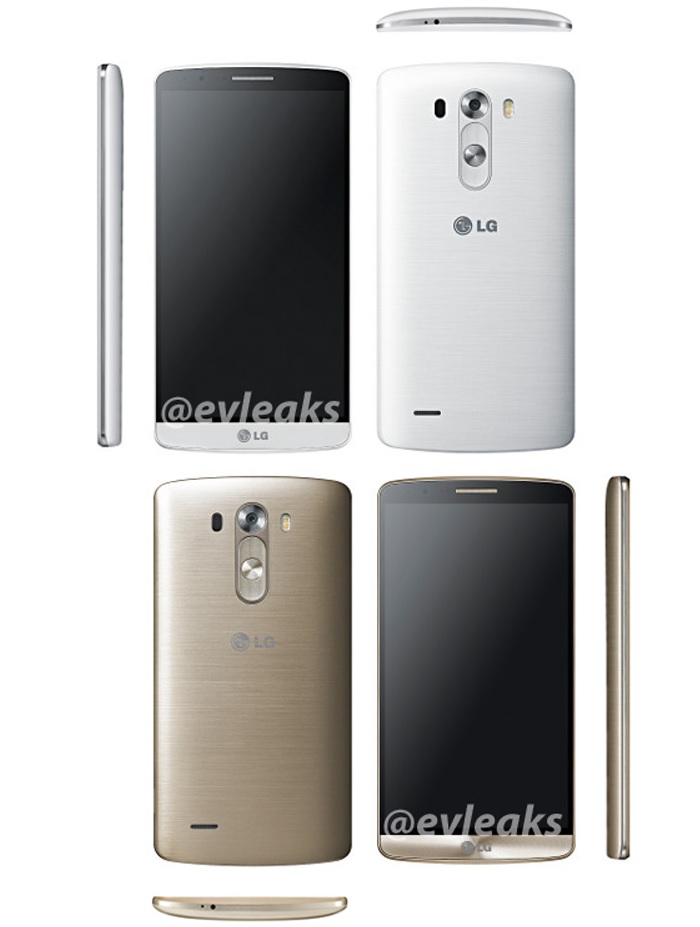 It’s literally raining LG G3 leaks. The device has been leaked extensively in the past few days, even on the weekend when most of the world is out, enjoying their holiday.

However, it seems there’s no holiday for the rumor mill. The notorious @evleaks tweeted another press render of the alleged LG G3, showing the device in both gold and white.

The alleged handset follows the design cues from its predecessor, and comes with a back/volume rocker buttons on the back of the device. The most interesting feature is expected to be the display of the device — it’s rumored to be 5.5-inch with QHD resolution. The alleged LG G3 is rumored to come with a quad-core Snapdragon 805 chipset with 3GB of RAM and 32GB internal storage with a microSD card support of up to 64GB.

Other features rumored to make it to the device includes a 13MP camera with OIS+, a 3,000 mAh battery, a laser sensor on the back for improved photography and Android 4.4.2 KitKat with a much simpler LG UI on top of it.

The handset is expected to see the light of the day on May 27th. We’ll update you with all the details as soon as it’s official.