We first saw the Asus PadFone X at CES in January, the handset recently appeared at the FCC and now AT&T has released some more information on the device.

Asus has also released a new video which explains how they went about designing the new Asus PadFone X, you can see the video below. 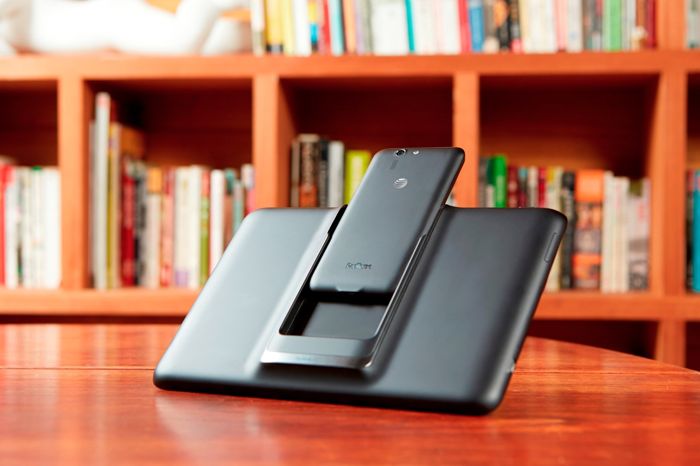 Those waiting to get their hands on one of the most innovative devices of the decade, the ASUS PadFone X, are one step closer. Below are the full technical specifications of this phone-tablet dynamic duo – it’s definitely built for speed and longevity.

The Asus Padfone X comes with Android 4.4 KitKat, and the device is made up of a tablet and smartphone that dock together to form one device.

The majority of the hardware is in the smartphone, it has a 2.3Ghz Qualcomm Snapdragon 800 processor and 2GB of RAM, there is also 16GB of built in storage and a microSD card slot.

The Asus PadFone X will be available exclusively through AT&T in the US, the carrier has not given an exact launch date as yet, although they have said that they will announce that shortly.