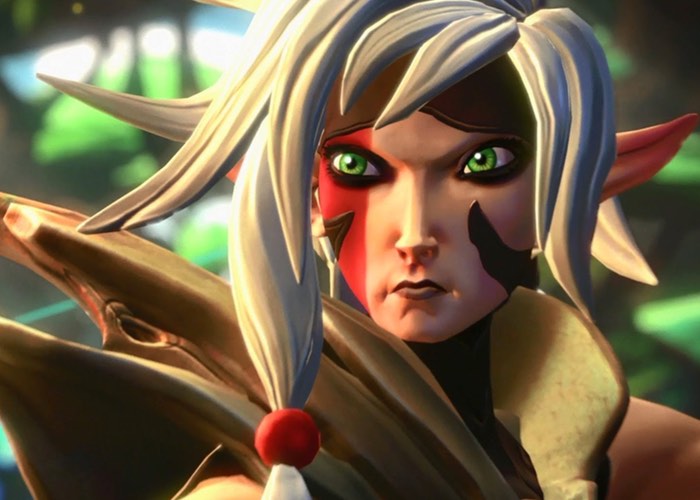 Gamers looking forward to the launch of the new and highly anticipated Battleborn game that is currently under development may be interested in a new trailer that has been released today providing more details on two new playable characters.

Previously 18 of the 25 playable characters within the game have been unveiled and take the form of mountain men with miniguns, axe-wielding dwarves and laser sword space vampires to name just a few.

Watch the latest trailer below to learn more about the two new arrivals take the form of Attikus and Galilea.

Main Attacks : Barefisted Brawling (R2): while his normal fist would just as easily knock you out, watch out for when his abilities are fully charged. You’ll be seeing stars as his enhanced hand delivers a burst of shield-draining damage.
Charged Hook (L2): Hold back for a couple seconds and Attikus’ high-octane haymaker delivers a world of pain. To your face.

GALILEA, THE WRAITH OF BLISS : A sacred order within the Eldrid, the Arbiters of Being were charged with undermining the Jennerit Empire’s technology, and Galilea was its most promising warrior. Entrusting her with a long undercover mission, Galilea was embedded within the Jennerit and worked her way through the recruits of the Silent Sisters.

During an attempt to sabotage their Sustainment technology, Ambra discovered and attacked Galilea, mortally wounding her. Once a close friend, Ambra attempted to use Sustainment to save Galilea’s life but it was only partially successful. Now unstable, immortal, and reeking of life-draining dark energy, Galilea is at war with herself and her new powers as she hopes to find a new purpose among the Peacekeepers.

Main Attacks : Wraith’s Greatsword (R2): she may be a fallen holy warrior of the Eldrid, but Galilea is still incredibly handy and swift in close combat. Sentinel’s Greatshield (L2): when Galilea is ready to wade deep into combat and stare her enemy in the eye, nothing’s better than a shield for deflecting blows and defending allies.

For more information on the new Battleborn characters jump over to the official PS Blog for details via the link below.