Mophie is a company that is famous for making cases that protect smartphones like the iPhone and others that also have their own internal battery. The cases can double the runtime of your iPhone in some instances. Mophie has rolled out its latest case for the iPhone 5/5S called the space pack. 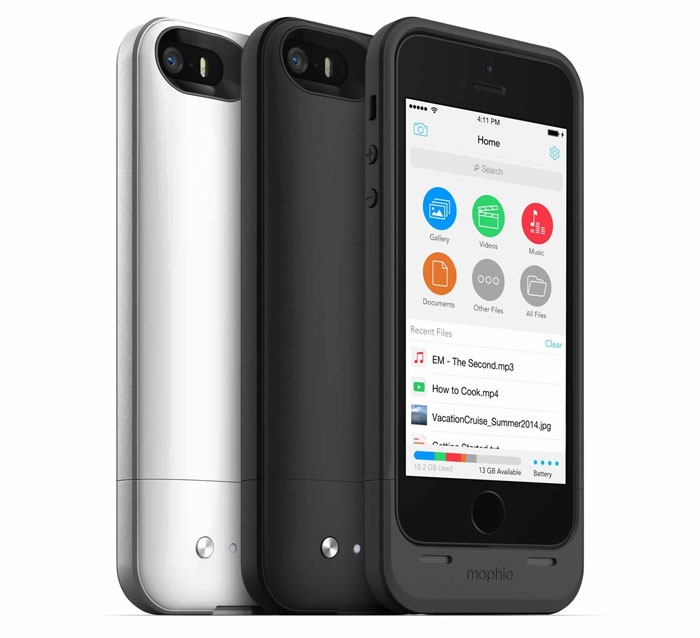 The internal battery of the case will also double the runtime of the iPhone. The embedded storage allows the user to save all sorts of files. Rather than deleting photos when the iPhone memory is full, the user can transfer them to the storage built into the case. To transfer the files requires a free app from Mophie called Space. Transferring the files to the case from the iPhone doesn’t require a WiFi network. The case also has AirDrop integration and supports Airplay. The space pack can be pre-ordered for $149.95 for a 16GB version and $179.95 for a 32GB version with shipping in March.