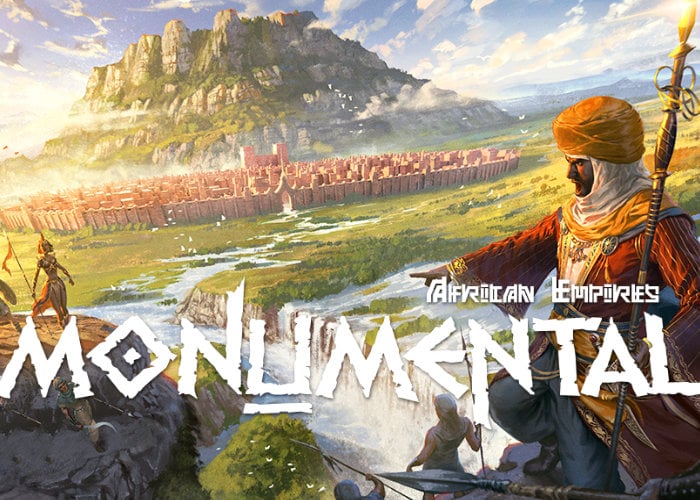 FunForge the creative team responsible for creating games such as Tokaido,and Monumental have returned to Kickstarter to launch their 8th campaign in the form of the new board game Monumental African Empires. watch the promotional video below to learn more about the new expansion for the acclaimed civilisation game Monumental. Early bird pledges are now available from €75 with worldwide delivery expected to take place during April 2021.

“While the vast majority of players expressed their enjoyment of the game in its current form (i.e. being able to take turns shelling out multiple combos each turn), a significant part of the community has expressed their desire for a more fractioned way to play that would allow players to act faster and continuously instead of waiting on everyone to finish their full turn to play their own.”

“Monumental is a next generation civilization game by Matthew Dunstan with a mix of innovative mechanics taking the best of deckbuilding and 4X games. Playing from 1 to 4 players (5 players with The Lost Kingdoms expansion), raise your empire, develop various knowledges and build majestic wonders while exploring and conquering the known world to emerge as the most dominant civilization of all time.”

“On top of bringing 3 brand new civilizations along with their own gameplay specialties, African Empires is fully loaded with new exclusive mechanics that enhanced the base game to a whole new level of strategy making it a must-have expansion for the game’s enthusiasts!”

For more information and to make a pledge jump over to the official Kickstarter crowdfunding campaign page by following the link below.