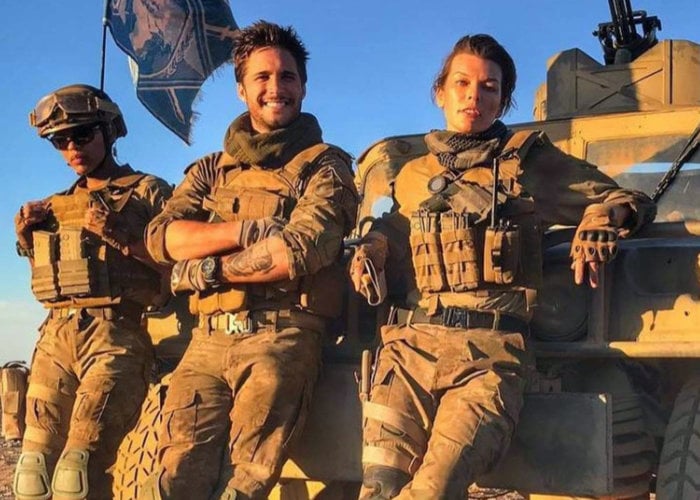 Over the weekend Sony Pictures as released a quick teaser trailer for the upcoming Monster Hunter movie, starring Milla Jovovich, Tony Jaa, T.I., Ron Perlman, Meagan Good, and Diego Boneta.as you might’ve guessed the film is loosely based on the video game series of the same name created by Capcom and will be premiering in theatre screens worldwide hopefully before the end of the year, depending on the coronavirus outbreak.

“An elite military force, led by Lt. Artemis (Jovovich), fall through a portal into a world populated by giant monsters. They meet a hunter (Jaa) who helps them to survive in the world and fight against the monsters as they seek a way home.

Behind our world, there is another: a world of dangerous and powerful monsters that rule their domain with deadly ferocity. When an unexpected sandstorm transports Captain Artemis (Milla Jovovich) and her unit (TI Harris, Meagan Good, Diego Boneta) to a new world, the soldiers are shocked to discover that this hostile and unknown environment is home to enormous and terrifying monsters immune to their firepower.”