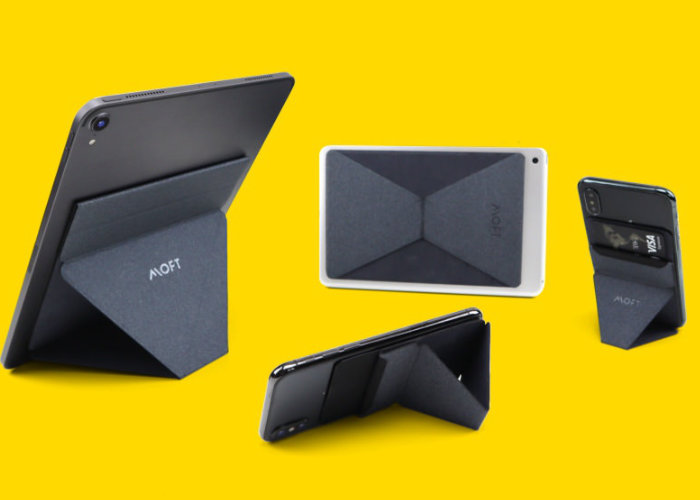 Building from their first successful Kickstarter campaign for the MOFT laptop stand which raised more than $900,000 thanks to over 32,000 backers earlier this year. MOFT has now unveiled their invisible foldaway smartphone and tablet stand aptly named the MOFT X. Watch the demonstration video below to learn more about the smaller foldaway stands designed specifically for your mobile devices.

Earlybird pledges are available from $16 or roughly £13 for backers with worldwide delivery expected to take place in a couple of months time during November 2019. Early bird pledges offer a 20% discount off the retail price and a variety of different sizes are available depending whether you would like them to fit a phone or tablet.

“To continue the original MOFT’s philosophy of “A good design is invisible,” our new MOFT X series – portable stands for Phones and Tablets – is unseen when attached, unfelt when worked on, and unnoticed when carried. We aim to provide the same take-away experience as our MOFT invisible laptop stand, which was successfully funded earlier this year with 32,000+ backers on Kickstarter.”

Stretch goals have been set to unlock a variety of colours including light grey, brown, magenta and dark blue if the $250,000 price point is reached.