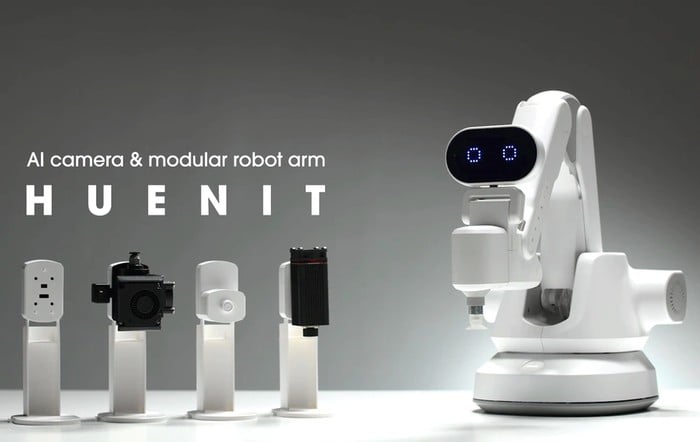 If you could do with a helping hand either filming video content, creating prototypes or laser engraving products for resale. You may be interested in the HUENIT modular robot assistant complete with artificial intelligence vision and a variety of different modules. Allowing you to program the robot to carry out a wealth of different processes.

The AI camera is equipped with a 2 megapixel sensor and is capable of 30 frames per 2nd real-time machine vision with Tensorflow. The camera module is also equipped with a 2.4 inch touchscreen display, speaker and microphone for voice recognition and a handy 60 RGB LED matrix for animation and feedback.

Specially priced early bird pledges are now available for the robotic project from roughly $549 or £409 (depending on current exchange rates), offering a considerable discount of approximately 51% off the retail price, while the Kickstarter crowd funding is under way. 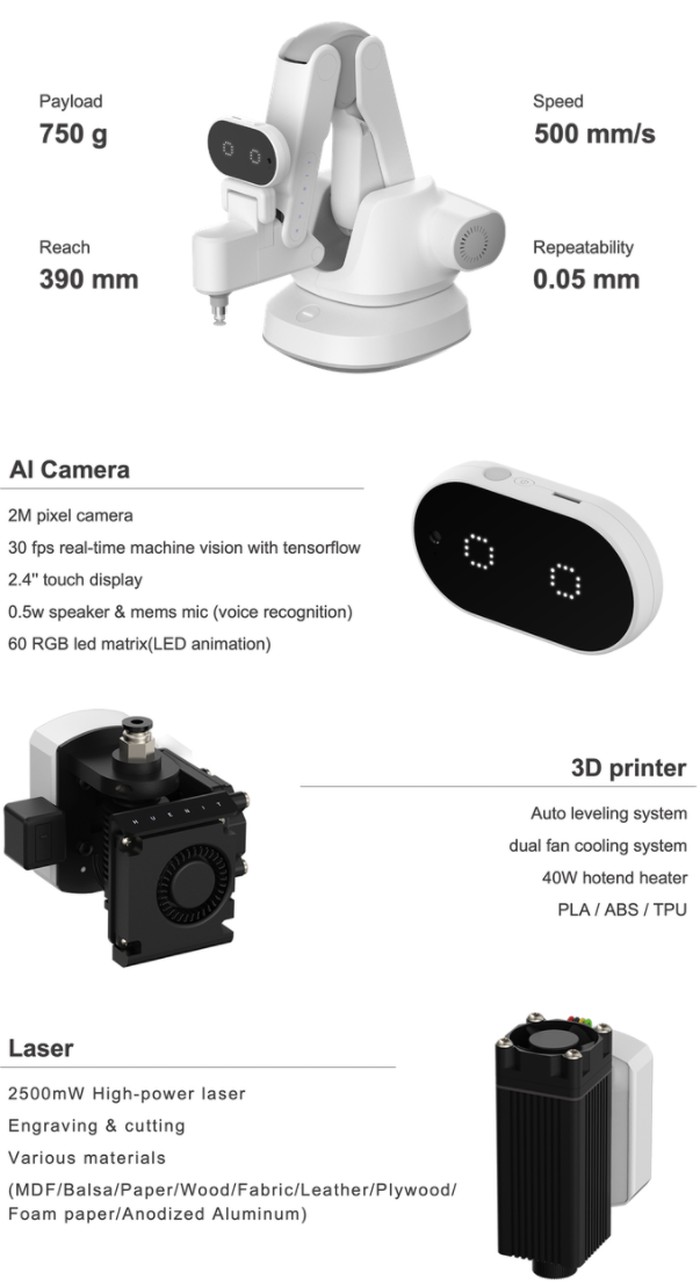 With the assumption that the HUENIT crowd funding campaign successfully raises its required pledge goal and manufacturing progresses smoothly, worldwide shipping is expected to take place sometime around June 2022. To learn more about the HUENIT modular robot project watch the promotional video below.

” The high power laser(2500mW) with automatic cooling system is capable of cutting and engraving various materials. Use a laser module to create your own artwork. Materials : MDF/Balsa/Paper/Wood/Fabric/Leather/Plywood/Foam paper/Anodized Aluminum, etc. Don’t spend time on bed-leveling anymore! HUENIT’s 3D printer module’s auto-leveling function makes it easy to begin 3D printing. The 3D printer module has a 40W heater & dual cooling system, and can use PLA, ABS, and TPU filaments. HUENIT has a built-in vacuum pump in its body, so you can connect immediately without additional connection. Also, it’s possible to rotate 180 degrees with a built-in servo moto.”

” HUENIT can replace the module itself by using an electromagnet. By using its auto tool change, HUENIT can take on the workload of 2~3 normal robot arms. Continuously produce laser engraving products or drawings using HUENIT’s pen holders. Our software makes it easy to control all of HUENIT’s functions. It’s possible to develop using block coding, python, Arduino C++, and G-code.”

For a complete list of all available special pledges, stretch goals, extra media and detailed specs for the modular robot, jump over to the official HUENIT crowd funding campaign page by checking out the link below.