Most online first person shooter games experience a little spawn camping during gameplay. But the video after the jump reveals that spawn camping could become a big problem in the new Modern Warfare 3 game if it’s not controlled.

One player has been able to notch up a massive 144 kills and just 4 deaths in one game on MW3 over the holiday period. Using all his cunning spawn camping skills to the max and hiding behind a concrete wall. Watch him and his amazing skills in action after the jump. 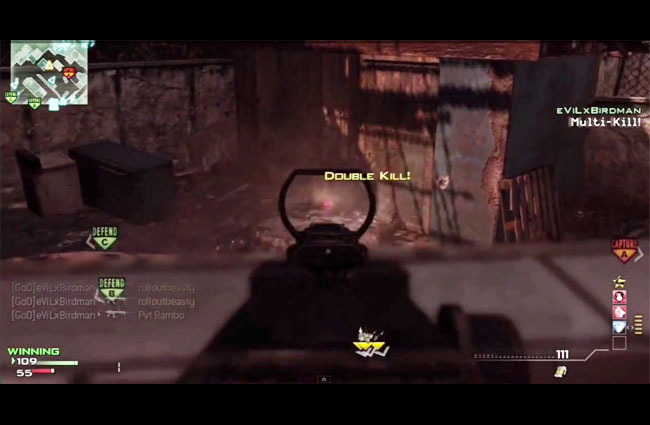 Sure the map has a lot to blame for the spawn camping tactics used in the video but as more spawn points are singled out in the maps, the problem could ‘spawn’ more than boring gameplay for players of Modern Warfare 3.

What are your thoughts, have you seen and increase in spawn camping during your games by players?