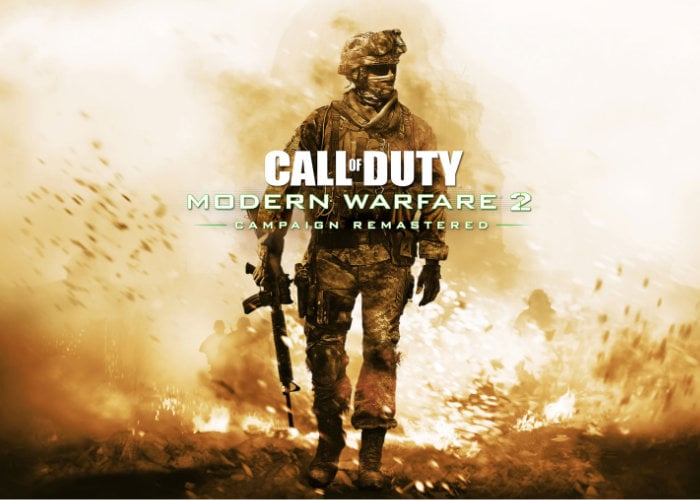 Originally developed by Infinity Ward, and now remastered by Beenox, Call of Duty: Modern Warfare 2 Campaign Remastered delivers the full story experience with stunning high-definition visuals and the latest audio advancements. As you would expected the new version includes improved textures and “revamped” animations, remastered audio, up to 4K resolution with HDR support on consoles, plus uncapped frame rates and ultrawide monitor support on PC.

“Relive the exhilarating classic in stunning remastered quality. Play alongside Soap, Shepherd, Ghost and other familiar faces once again as you fight back against Vladimir Makarov, the Inner Circle, and other unforeseen foes. Download and play now on PS4, or pre-purchase on other platforms today to play April 30th and get instant access to the free UDT Classic Ghost Bundle in Modern Warfare. Whether you lived it back in 2009 or have yet to play this iconic blockbuster campaign, this is an experience hailed by critics as one of the most memorable and incredible single-player story campaigns ever.”

“Free with purchase on PS4 or pre-purchase on other platforms is the Underwater Demo Team Classic Ghost Bundle that can be equipped for play instantly in Call of Duty: Modern Warfare Multiplayer, Special Ops, and Call of Duty: Warzone*.

This Bundle includes the UDT Ghost Operator skin, turning Modern Warfare’s version of Ghost into the one seen in “The Only Easy Day… Was Yesterday” mission in the Modern Warfare 2 Campaign. It also has the aptly named ‘Task Force’ and ‘One For One’ weapon blueprints, a weapon charm, a Finishing Move, a calling card, an emblem, an iconic voice clip for Ghost and two Battle Pass tier skips. Get the UDT Classic Ghost Bundle free with purchase or pre-purchase of Call of Duty: Modern Warfare 2 Campaign Remastered. “