The multiplayer iOS app Modern Combat 2 has received a new update which has brought with it a new multiplayer map pack via an in-App Purchase (IAP) and download costing $1.99.

The new map pack contains 3 new maps named “Shanty Town,” the “Bunker,” and the “Battlefield,”. Watch the launch trailer after the jump to see little gameplay and destruction. 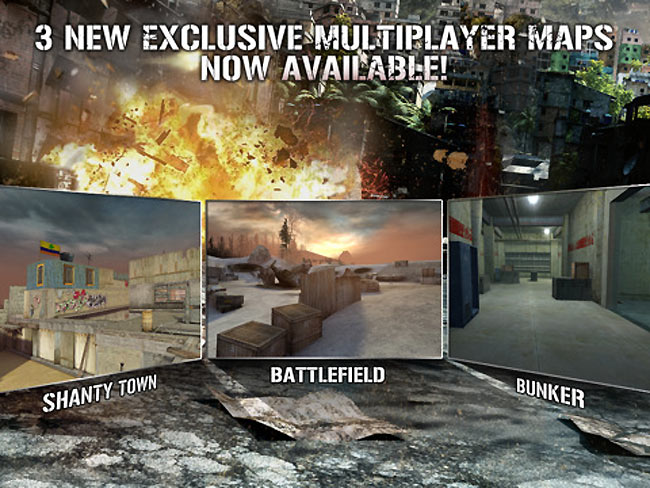 Together with the new map pack the update brings with it  an additional 10 multiplayer ranking levels for every player. Together with improved protection from hackers say its creators.

Modern Combat 2 is available on both the iPhone and iPad as a HD version for $6.99 from the iTunes App Store.