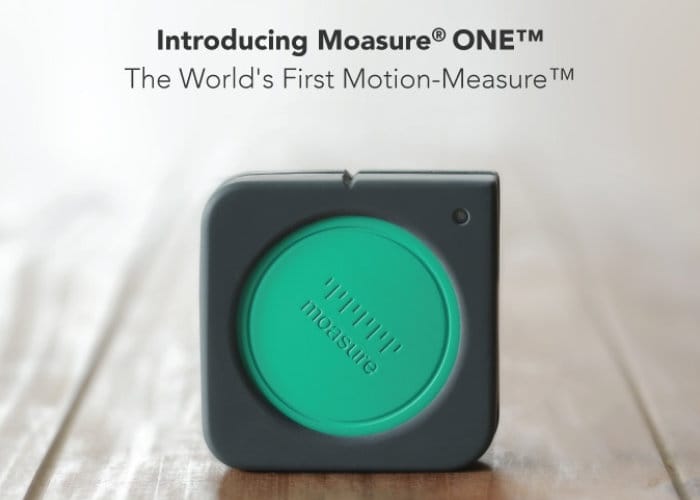 A new smart tape measure has been created by 3D Technologies based in the United Kingdom called the Moasure, offering the world’s first motion measure device. Moasure is small enough to fit in your pocket and allows users to measure 24 different ways by simply moving around. Watch the demonstration video below to learn more about the tiny smart tape measure and its iOS and Android application.

The compact smart tape measure comes complete with its own companion application and is capable of measuring 3D space, 2D space, circumferences, angles, levels and more. Moasure has this week launched via Kickstarter with the aim of raising £20,000 over the next 30 days and is now available to back with launch special pledges and pricing available from £98. Offering a considerable 46 percent saving off the recommended retail price.

If all goes well the smart measure is expected to be delivered during December 2018. “Packed into a measure that fits in the palm of your hand, powerful motion sensors propel Moasure ONE to a level of accuracy and versatility that can’t be beaten by lasers, AR, GPS, or Camera-based apps.” For more information, full specifications and a list of all available pledges jump over to the official Moasure crowdfunding campaign page by following the link below.