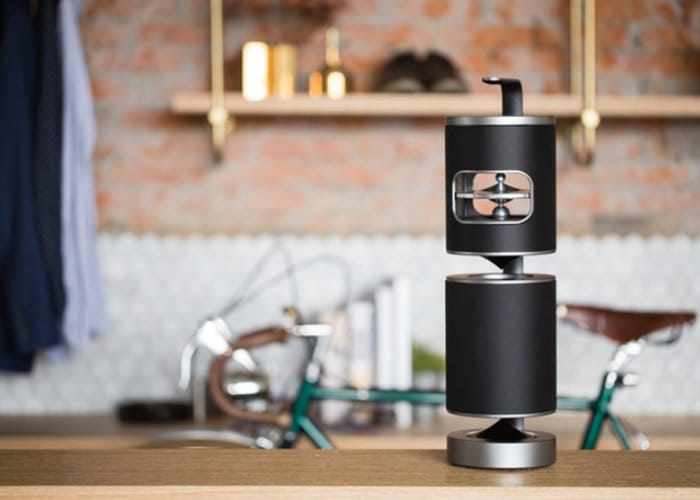 Level 10 has created a new smart speaker in the form of the UPstage 360, offering 360 degree sound and marketed as the world’s first omni-directional, 3-way audio high resolution speaker with smart home Echo Dot docking feature. Watch the demonstration video below to learn more about the UPstage 360 smart speaker which has launched via Kickstarter this month and nearly already raised its required $40,000 pledge goal with still 42 days remaining on its campaign.

The UPstage 360 smart speaker combines a 3-way system, 40Hz-40kHz ultra-wide frequency range, and ultimate Hi-Res sound quality in 360 degree enveloping soundstage, say its creators offering a portable 120w output at an ultra wide frequency. “Integrating smart home connect with audiophile-grade fidelity, UPstage 360 fills every corner with the most authentic, life-like sound. Walk around. Dance with it. Wherever you are, feel the room-filling sound.”

For more information, full specifications and a full list of all available pledges which start from $329 or £237 for early bird backers jump over to the official Kickstarter campaign page by following the link below. If all goes well and the Kickstarter campaign is successful, and manufacturing runs smoothly shipping is expected to take place during July 2018.